Last year's Pixel 3a was a smash hit with buyers, doubling Google's smartphone sales at the time of its release. It looks like Google may have struck gold twice, as the Pixel 4a is currently the best-selling unlocked smartphone at both Amazon and Best Buy.

The Pixel 4a is currently sold out on Amazon, though it's still available from the Google Store and select other retailers. It's not necessarily impressive for a product to sell out, since there's no way of knowing how much inventory was available in the first place, but the phone's success is more apparent on Amazon's 'Best Sellers' page for unlocked phones. 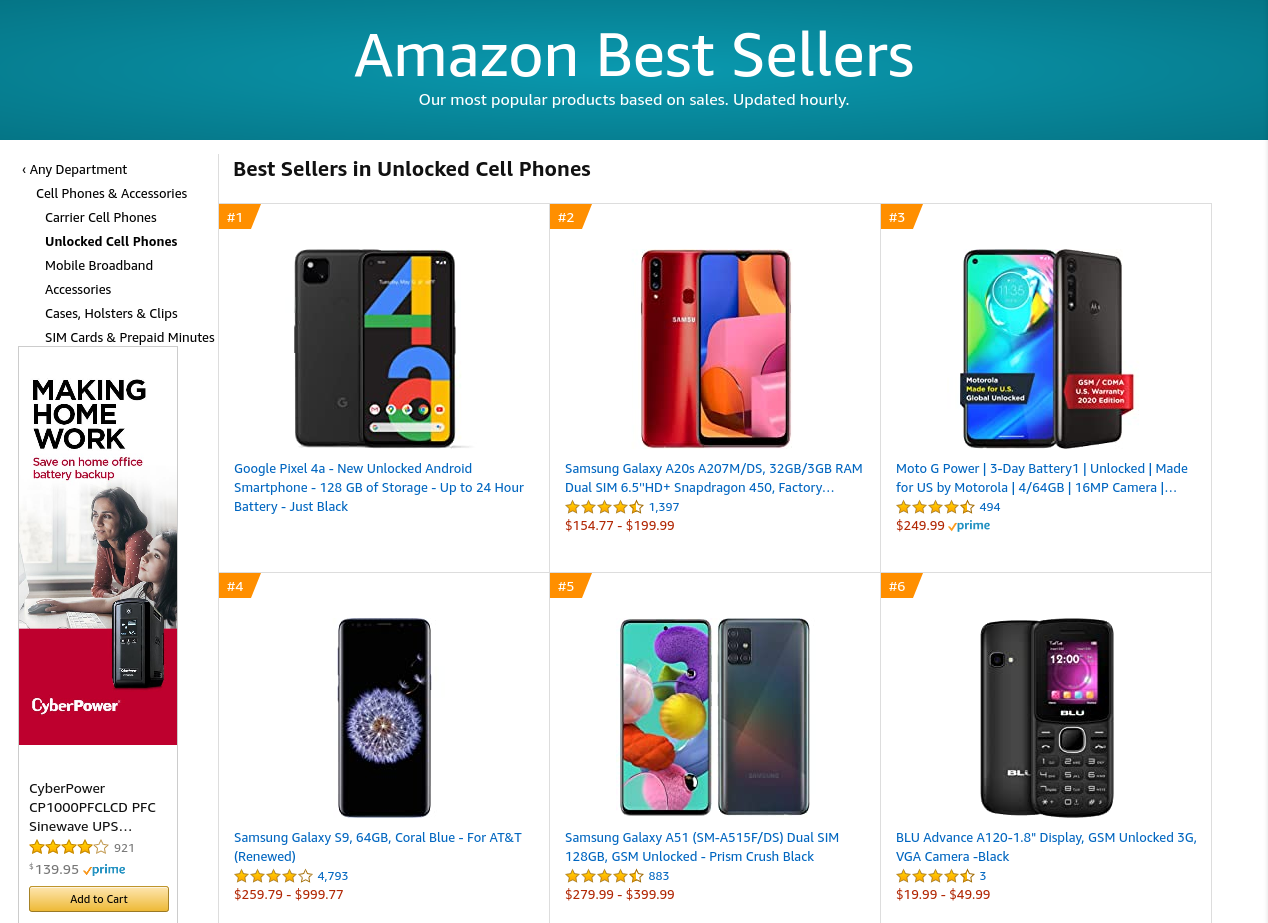 The Pixel 4a is currently the #1 best-selling unlocked smartphone on Amazon, ahead of the Galaxy A20s, Moto G Power, refurbished Galaxy S9, and Galaxy A51. That's an impressive milestone, even if the Pixel 4a likely won't stay there for long (now that Amazon has no more Pixels to sell). 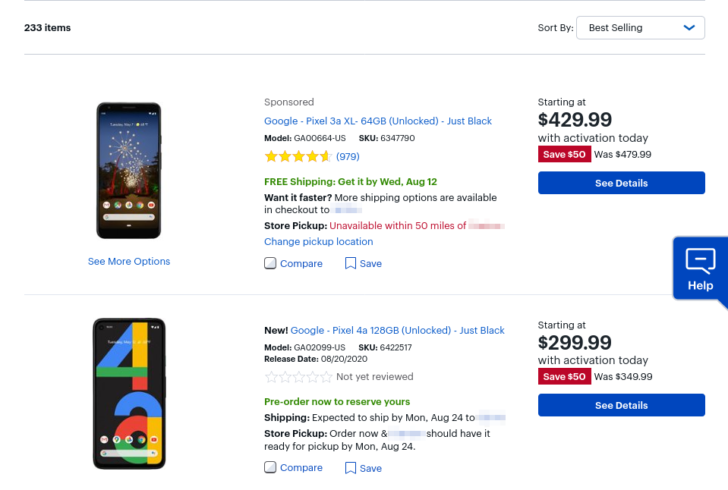 The Pixel 4a is also listed as the best-selling unlocked smartphone at Best Buy, not counting the sponsored result that appears at the top of the search (for the Pixel 3a XL, in my case). However, it's not clear how often Best Buy's list is updated, while Amazon's is updated every hour.