We're in the home stretch now.

Although Google's generally past the point of major changes this late in the game, one tweak was mentioned in the announcement: Starting with Android 11 Beta 3, so-called Exposure Notification apps (i.e., contact tracing apps) won't need to turn on the device location setting to work.

For more info on that, you can read Google's longer explanation here, but in short, it's an "exemption" that protects your privacy even more, if anything, by working around Android's siloed permissions system in this one corner case. 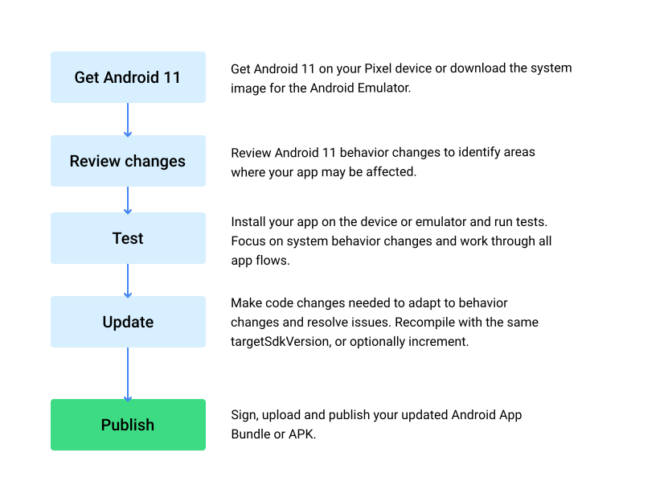 Developers that haven't yet updated their apps to Android 11 are reminded to get their act together. It's not too late to peruse the behavior changes list, update Android Studio and the SDKs, and get Android 11-compatible apps out the door. The rollout pace for Android's major release updates may not match Apple, but they're getting faster, and you've got time to avoid negative reviews if your apps are going to break.

Us end-user folks that have already opted into the Android Beta Program should get Beta 3 delivered as an OTA update starting today. Google is also announcing compatibility with the Pixel 4a, so you can easily install Android 11 on yours once it arrives. If you've yet to take the plunge, and this "release candidate" version has you convinced it's finally time to try it, joining the Android Beta Program program is easy.

As always, we'll be diving in to see if any changes snuck in — Google has a habit of not announcing them these days, probably to make sure it has a few things left to reveal for the final launch. If we spot anything worth pointing out, we'll be sure to.

Where to buy the Samsung Galaxy Buds Live