Samsung's Galaxy Z Fold2 5G is now official. Rocking a Z Flip-style redesigned hinge, big folding 7.6" display (augmented by a smaller 6.2" Cover Screen), the phone will come in two colors, potentially including some hinge color customization options, as well as a Thome Browne edition. Reservations for the folding phone/tablet are also now open on Samsung's site. More official details are coming September 1st, together with pre-orders. In the meantime, Max Weinbach has spilled the beans. 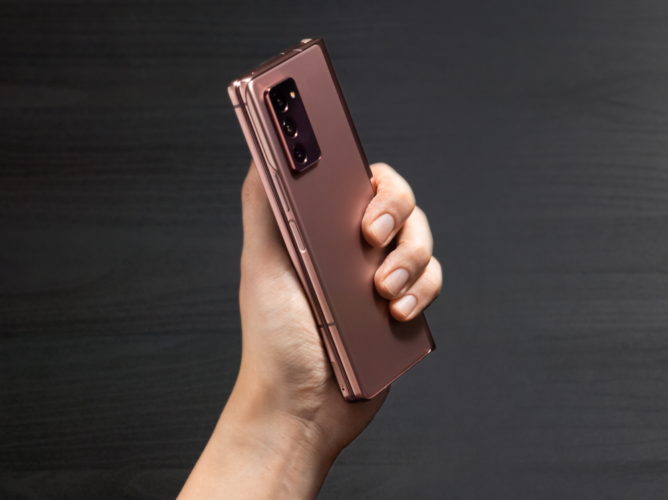 Samsung hasn't officially published specifications for the Z Fold2 5G yet, but they've mostly leaked courtesy of Weinbach. Take them with a small grain of salt — we trust Max, but it is possible details could change. This upgraded model sports a hole-punch front-facing camera on the inner folding display, which should prove less obtrusive than the larger camera corner notch the previous model had. The outer Cover Screen display is also bigger and higher resolution, so you can do more with the phone while it's folded up. Also note: both the Cover Screen and inner folding screen get separate front-facing cameras.

The inner folding screen is a bit larger this time around at 7.59 inches. It's adopting the same thin folding glass that the Z Flip series has used, though the screen has some other significant improvements, like 120Hz with an LTPO backplane, allowing for an adaptive refresh rate that should save power. Tweaks to the display's various layers are also present, and Weinbach says there will be a new "under-metal cushion" layer that should provide extra rigidity. 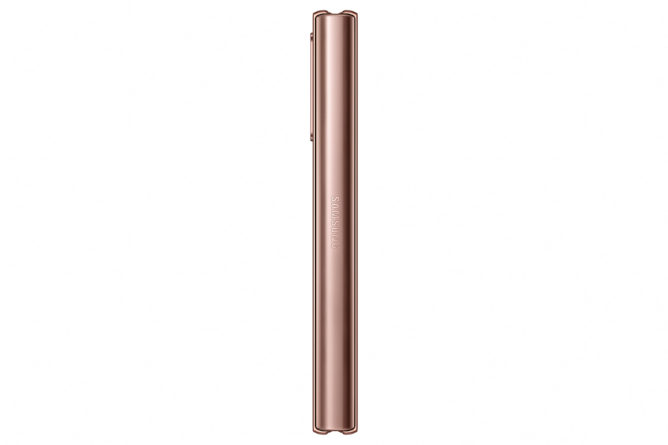 The hinge has also been redesigned to be more like the Z Flip's "Hideaway hinge," a design that should be less prone to egress of dust or other contaminants. It will also support Flex Mode features like the Z Flip line did, so you can set it to specific angles, and apps may have unique functionality for different configurations.

Specs are near the top of the 2020 flagship standard, with the latest "Plus" incarnation of the Snapdragon 865, 12GB of RAM, and 256GB of storage. Cameras are similar to the S20 and Note20 series. All three are 12MP, though actual pixel sizes and apertures vary. That means no 8K video recording or Space Zoom.

XDA thinks the phone will land with OneUI 2.1, though Samsung has told us its new Note devices are launching with OneUI 2.5, so that detail might be subject to change. 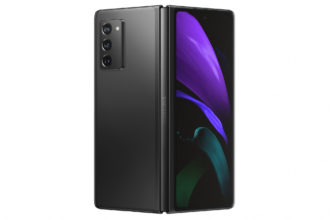 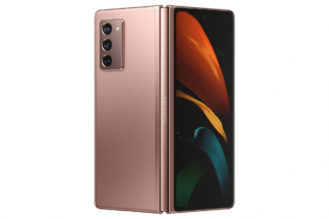 The phone is rumored to be available in Mystic Bronze and Mystic Black, with a Thom Browne edition also available. Samsung may also offer hinge customization options that let you pair those colors with Ruby Red, Rich Gold, Platinum Silver, or Sapphire Blue for an accent.

Pricing is officially TBD, but leaks have previously suggested it will be around two grand. Interested parties can register their interest in the phone at Samsung's site, or explore a 360-degree view of the phone.

Samsung says that more info will land on September 1st, together with pre-orders. In the meantime, while I'd take the info in our spec table with a grain of salt, Weinbach has a very good history of accuracy with these leaks, and all of it agrees with what we know so far.