Madden NFL has existed on mobile as a management sim since 2014, and Electronic Arts have been updating this release yearly for the last six years. Well, it would appear that EA is shooting for a yearly stand-alone release cycle with the arrival of Madden NFL 21 Mobile Football on the Play Store. The game is already available for pre-registration, and EA has been kind enough to provide a release date, which means we can expect the sim to be officially released on August 6th, 2020. 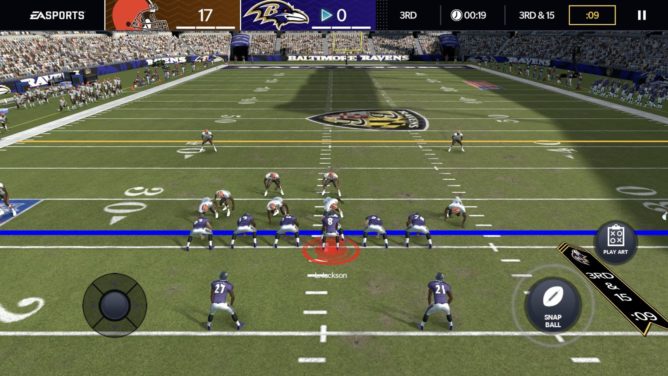 Much like Sega's Football Manager series, Madden NFL 21 Mobile Football is a management simulation game. You'll take on the role of an NFL general manager, and your goal is to eventually take your team to the Super Bowl. As you would expect, this won't come easy, and so you'll have to continually collect and upgrade a set of players, and this selection will include NFL Legends and Superstars, allowing people to create their own dream teams. 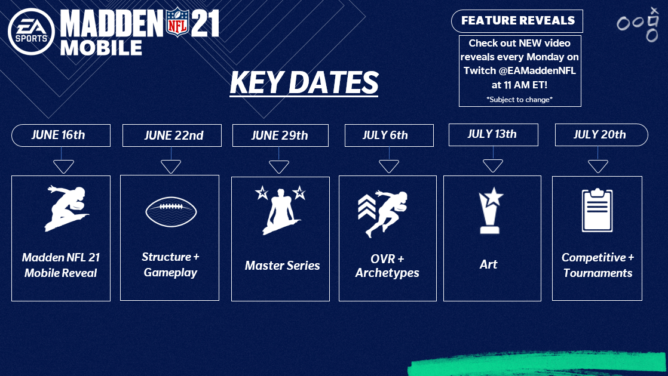 Beyond the announced release date and the fact content won't carry over from the old game to the new version, details about Madden NFL 21 Mobile Football are still light. Luckily EA has provided a developer stream schedule in the above graphic. These streams will be available on Twitch @EAMaddenNFL, if you'd like to view them as they are released. Of course, since Madden NFL 21 Mobile Football is already available for pre-reg, you can easily register through the Play Store widget at the bottom of the page so that you'll receive a release announcement on August 6th.

At the tail end of July (2020), we learned that a new Madden mobile game would be coming to Android on August 6th, but despite the stated date in the release announcement Madden NFL 21 Mobile Football is already available on the Play Store. As expected, it's a free-to-play release that offers in-app purchases that range up to $99.99 per item.

Up until this year, Electronic Arts had been updating a mobile title called Madden NFL annually, instead of offering a new title every year like on consoles and PC. Clearly, having players start over from scratch each year is much more profitable for EA, and so it stands to reason that the company is switching from a yearly update cycle to a yearly release cycle for its mobile offering of Madden. As you would expect, this move has irritated longtime players of the previous title, and as expected, the game is off to a rough start thanks to bugs and glitches.

Of course, iffy monetization and buggy gameplay have yet to stop the majority of Madden fans from revisiting the title every year. So if you'd like to take a look for yourself, you can grab the install for Madden NFL 21 Mobile Football from the Play Store widget below. 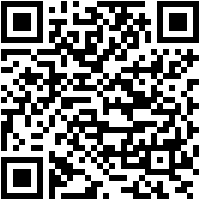