The signs have been there for months, but now we know for sure that Google Play Music will be discontinued starting September in favor of YouTube Music (YTM). Fans of the older streaming service will tell you that the newcomer has a long way to go before it's as functional and featured, and nothing will change that — not even Google's announcement that YTM has seen some improvements on Google Assistant and Android TV. As expected, those are botched implementations.

In a support page, Google writes that you can now ask the Assistant to give you a mix of recommendations by saying, "Hey Google, play recommended music from YouTube Music." You'll then hear a machine-generated playlist based on your favorite genres and artists, much like the Your Mix playlist you can access in the app. That's nice to have and all, but two years after joining the list of standard audio player for the Assistant, the YouTube Music integration is still lacking some features compared to Play Music. To this day, you can't ask the Assistant to start one of your playlists, let alone play your uploaded music. Those are fundamentals many people have been asking for for a long time. For what it's worth, the new voice command is available to both free and premium YTM users. 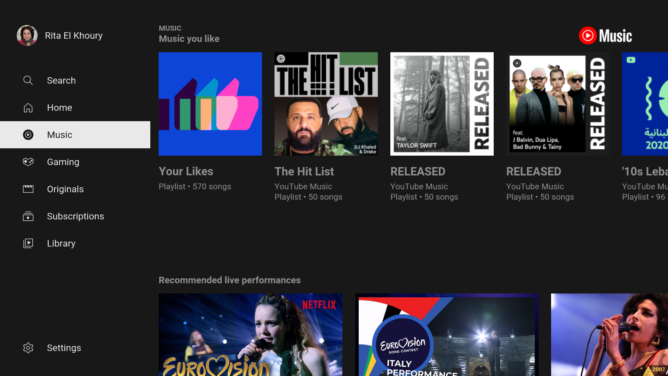 We already covered that there's an Android TV "version" of YouTube Music. In contrast to the beautiful Play Music TV app, the YTM pendant is merely a dedicated section inside the main YouTube app on TVs and lacks many features you'd expect from an audio player. There's no background playback, no shuffle/repeat, no playlist management, no full library access, no uploaded music, and no lyrics. At least Google has now made it easier to access this part of the YouTube app: You can download the YTM app from the Play Store, which will serve as a homescreen shortcut.

There's still light at the end of the tunnel. With the progress over the last few months, I'm hopeful that these announcements are just the foundation for more full-fledged solutions. I hope that we'll get a more capable Android TV experience and more voice control options before Play Music is sunset.