The rollout of 5G networks across the United States has been complicated and somewhat underwhelming. Most 5G-capable phones are still expensive, and the mmWave-based networks carriers like AT&T and Verizon are building have limited coverage (read: a few city blocks). The situation is starting to look a little better, as T-Mobile today began deploying the world's first standalone 5G network. 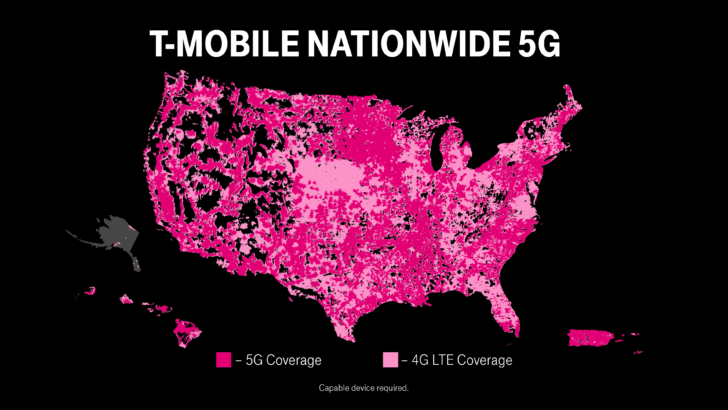 "With non-standalone network architecture (NSA)," T-Mobile said in the announcement, "600 MHz 5G is combined with mid-band LTE to access the core network, but without SA the 5G signal only goes as far as mid-band LTE. With today’s launch, 600 MHz 5G can go beyond the mid-band signal, covering hundreds of square miles from a single tower and going deeper into buildings than before."

As with anything related to carriers and/or 5G, there are a few catches. First, you need a phone with the required hardware for connecting to SA 5G, which mostly consists of devices with the Qualcomm X55 Modem. On top of that, a software update is required to activate the functionality. T-Mobile hasn't published an official list of supported devices, but the below screenshot of a support portal has been making the rounds on various forums, showing only the Galaxy S20 series and the OnePlus 8 5G as compatible. Samsung confirmed the S20's compatibility with the August security patch.

It also appears that despite the 'standalone' label, the new network will still fall back to LTE during phone calls. This isn't exactly T-Mobile's fault, though — there are no phones sold in the US capable of 5G Voice-over-NR (VoNR). Qualcomm will support the feature in its upcoming Snapdragon X60 Modem, but until hardware support becomes more widespread, your phone will still drop to LTE for calls.

Google took one great idea from the iPhone SE this year: Launch quietly