The eye-watering price tag of Moto’s long-awaited flagship necessitated a mid-ranger that could stand as a more affordable alternative to the high-end Edge+. We had an inkling that a new Motorola phone fitting the description was on its way, thanks to a leak from, strangely enough, YouTube. In line with that leaked description, the Lenovo-owned brand has now announced the One Fusion+ with some prominent, stand-out features and a more reasonable price.

The One Fusion+ is a big phone that has a 6.5-inch, nearly bezel-less, 1080p LCD on the front. The handset manages to push those bezels so far because it uses a pop-up selfie camera instead of a traditional notch or hole punch. Another highlight here is a big 5,000mAh battery that Motorola says can last for up to two days between charges. Then again, that's also probably a big reason why the device looks hefty and weighs over 200 grams. 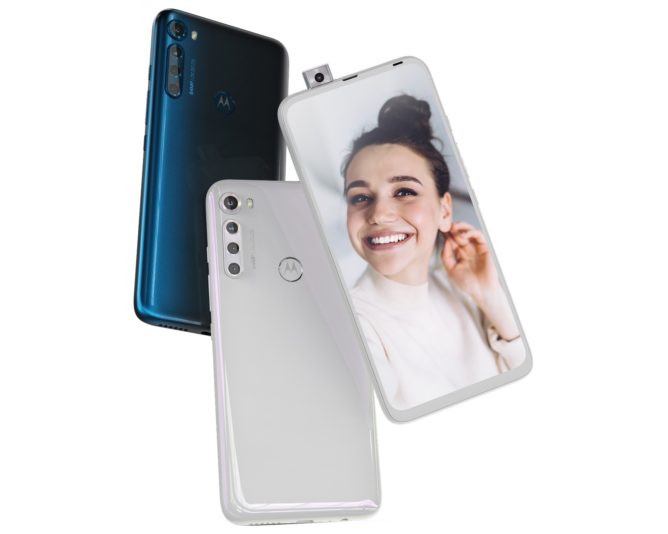 What powers the phone is the aging Snapdragon 730 processor, while it seems that Motorola reserved the newer Snapdragon 765 chip only for the more premium, non-plus Edge. Thankfully, the manufacturer was a bit more generous with RAM, which stands here at 6GB. As for the cameras, the One Fusion+ uses a quad-cam cluster, comprising of a 64MP primary sensor that supports pixel binning, along with an ultra-wide cam, a macro lens, and a depth sensor. Oh, and the handset also gets a dedicated Google Assistant key and retains the headphone jack.

The Motorola One Fusion+ is slated to go on sale first in Europe sometime later this month. It’s priced at €300 (~$340) in the region. Availability details for other markets, including the U.S., weren't immediately provided.

Motorola has announced that it will bring the One Fusion+ to the U.S. as a GSM unlocked device — that means it should be compatible with the AT&T and T-Mobile networks — for $400 starting tomorrow, August 5. The variant coming here has 4GB of RAM, instead of 6GB available on international models.

Nearby Share starts rolling out to Pixels and Samsung phones today, all Android 6.0+ devices in ...