There's little to complain about when it comes to the just-released, often-leaked Pixel 4a. In our review, we praise Google's latest phone for its phenomenal performance and great hardware in a more than affordable package, and smaller nitpicks like a tinny speaker and a lack of secondary camera lenses can be forgiven at $350. There's one thing we can't quite understand, though — the Pixel 4a is only available in matte black.

Our own David Ruddock describes the gist of the problem in his review: "The matte, soft-touch black finish is an absolute grease magnet the moment you take the 4a out of the box." While you would have similar problems with a white matte finish, grease and fingerprints won't show as much as on a black or gray phone. David even reports that his review unit already has small polished areas due to him taking the handset out of his pocket all day. A soft-touch black that turns smooth is much less pleasant to look at than a white back exhibiting the same wear and tear — trust me, I have access to a white Pixel 3a, which did get smoother during a year of use, but it's not too noticeable. 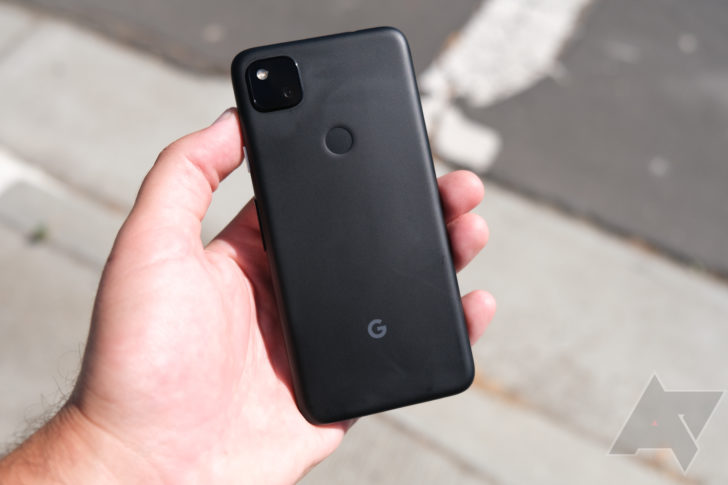 Look at all that wear, two weeks after taking the Pixel 4a out of the box.

By offering only one color, the Pixel 4a begins what we hope isn't a trend towards fewer color options in the Pixel series. We've previously seen at least one special or "fun" color for phones in the Pixel series, like Kinda Blue, Not Pink, Purple-ish, or Oh So Orange. The reduction to just one color (and, more significantly, just one single hardware configuration) is likely a cost-cutting measure. Producing only one hardware package for all customers makes it easier to predict inventory and will help with shortages, all while ensuring that Google can make as much profit as possible with a $350 phone.

Personally, I would've preferred a white back over the black one we got. I'm confident fingerprint smudges would be less visible there. The problem might not be too significant for most people buying the phone, though — after all, most of us use a case anyway.

Google Photos brings back the skip and rewind buttons for videos