Samsung's Galaxy Note series offers some of the best specs and biggest screens you'll find on a smartphone. When we reviewed the Note9 back in 2018, we called it "the best smartphone you can buy." Even though it's no longer the new kid on the block, it's still a great package that includes a Snapdragon 845 processor, 6GB of RAM, and 128GB of storage — and you can pick up a manufacturer refurbished model on eBay for just $389.99 right now.

Samsung has always been known for its beautiful displays, and the Note9 doesn't disappoint with a 6.4" Super AMOLED panel that's just fun to look at. It's only 60Hz, but so was almost every other phone until recently and we didn't complain. Despite the large screen, the Note9 should last for a while thanks to its 4,000mAh battery. While that's a lot of power, some of this hardware is starting to show its age, like the camera package. Samsung gives the phone a 12MP dual rear camera setup that offers 2x zoom, and an 8MP selfie camera. There's the standard S-Pen included, too, which is handy for quick sketches and note taking. 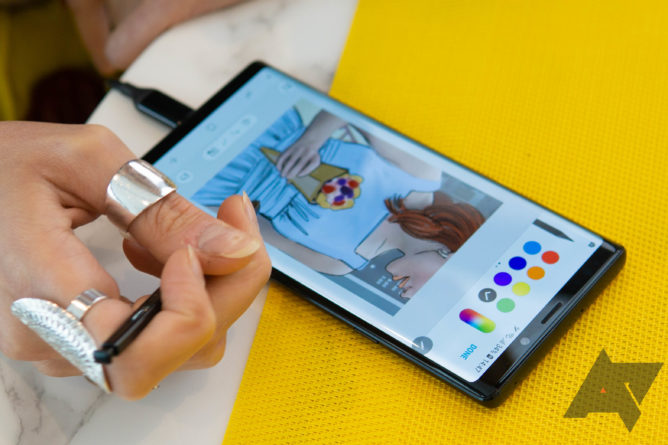 This is a factory unlocked model that should work with the carrier of your choice. You can even select your favorite of the three shades in stock: Midnight Black (classic), Lavender Purple (classy), or Ocean Blue (cool). Even though this sale is from a 3rd-party seller, the phones come with a 90-day warranty, which is fairly standard for refurbished devices. The unit comes in an aftermarket box with aftermarket accessories, but hey, $389.99 is $389.99.