Smartphones have become more expensive across the board in recent years, and OnePlus hasn’t been immune to this upward trend. The company has also gradually added many of the features fans and critics have been calling for, such as IP ratings and wireless charging. So while the OnePlus 8 Pro is more expensive than anything that came before it, it also represents the best phone OnePlus has ever produced. The cheaper OnePlus 8 is a bit harder to judge since it misses out on a few key features, and the introduction of the Nord puts in an even more awkward position.

For €300 less, Nord packs many of the same specs and features as the OnePlus 8 or at least offers a pretty good equivalent. This makes me wonder if it’s really worth paying the extra money. The OnePlus 8 is a demonstrably better phone, but not by a huge margin, and I’m not so sure that it outperforms Nord in any profoundly meaningful ways. For many prospective buyers, the quality of life difference is going to be so minor that it’s hard to recommend the more expensive model. Let’s get into what exactly distinguishes the two devices. 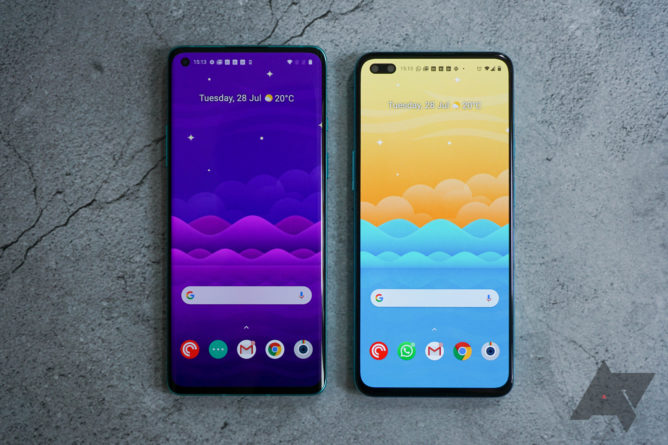 Although there seemed to be some debate about it among tech reviewers, the plastic frame was something I noticed almost instantly upon unwrapping the Nord. The rails are suspiciously shiny and warm to the touch; all the hallmarks of painted plastic. The buttons are metal, at least. Aside from that, there’s not much about the Nord’s build that feels cheap, even if it did fail JerryRigEverything’s recent stress test. The glossy back glass isn’t as attractive as the matte finish on the OnePlus 8, but the Marble Blue color will be appealing to many. 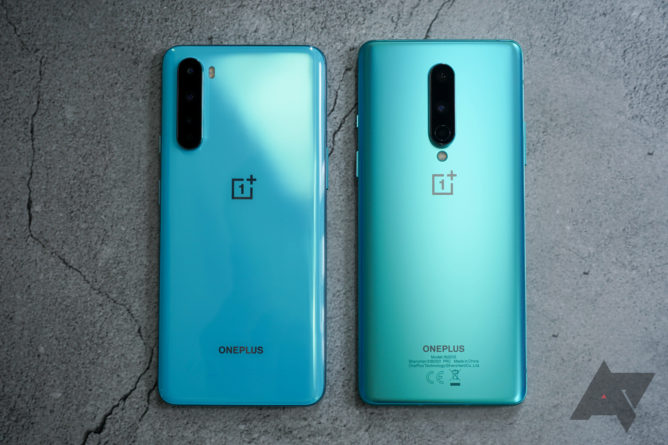 While neither phone has a headphone jack, expandable storage, or wireless charging, there are some areas where Nord is the only one found lacking. Its bottom-firing mono speaker is a downgrade compared to the stereo setup on the OnePlus 8, and the haptics are a little more refined on the pricer handset, too. Depending on personal preference, the display on the Nord is arguably better — the resolution is the same (2,400x1,080p) but because Nord's is a shade smaller, its pixel density is marginally higher. Both have impressive 90Hz AMOLED panels, but the one on the Nord is flat, which many people prefer (myself included) since it doesn’t exhibit any off-angle color shift and or accidental touch problems. Overall, Nord is ever so slightly more compact, which is also a plus for anyone who laments the ever-increasing size of smartphones. 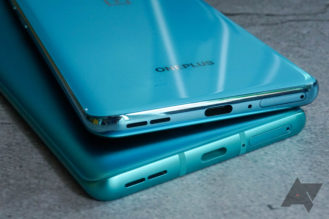 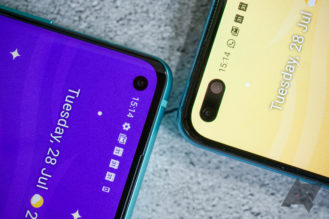 The OnePlus 8 series was the first by the company to include official IP ratings, although only carrier versions of the Oneplus 8 boast this, despite the unlocked model being physically identical. There’s no water or dust resistance certification on the Nord, although OnePlus says it can withstand 30cm of water for 30 seconds.

I’ve been using the OnePlus Nord for a little over two weeks now, and I have zero complaints about its performance. In benchmarks, the Snapdragon 865 processor in the OnePlus 8 scores higher than the Nord with its 765G and in a side-by-side test, it’s clear to see that apps open a fraction of a second quicker on the more expensive phone. But in real-world use, I can’t say I’ve ever wished the Nord was faster or more powerful (and I came from the OnePlus 8 Pro). If you push the GPU to its limits with graphically intense games, it won't quite match the OnePlus 8, but that shouldn't matter to most people. Nor should the slightly slower RAM and storage, the configurations for which are the same. Battery life on both models is also very similar — you can squeeze up to two days out of each — and 30W wired fast charging ensures neither needs to be plugged in for very long. 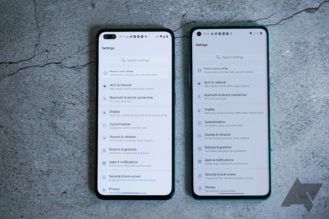 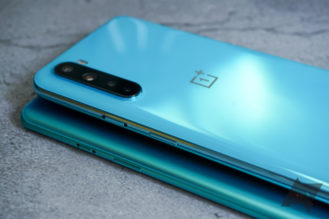 When it comes to software and features, there’s also little to tell these two handsets apart. Both run OxygenOS 10.5 (based on Android 10) and both come with the promise of two years of OS updates and three years of security patches. You won’t find that same level of software support on many other phones in the same price range as the Nord. Interestingly, the newer OnePlus device doesn’t come with the company’s own SMS and dialer apps — these have been replaced by Google’s Messages and Phone, but that’s not a big deal. Ultimately, Nord offers the same excellent Android experience (probably the best around) for a lot less money than the OnePlus 8.

Camera quality is usually one of the key differences between mid-range and flagship phones, and yet Nord is quite evenly matched with the OnePlus 8, at least where it matters. They have the same 48MP primary sensor, which means image quality from the main lens is fairly similar. Nord is clearly aimed at a younger audience more likely to share photos on social media — the processing is contrast-heavy and color reproduction is less accurate, but the detail is mostly still there. Wide-angle shots are better on the OnePlus 8 due to the higher megapixel count, but results from the Nord are still passable. Low-light performance isn't especially good on either, but there's little between them. 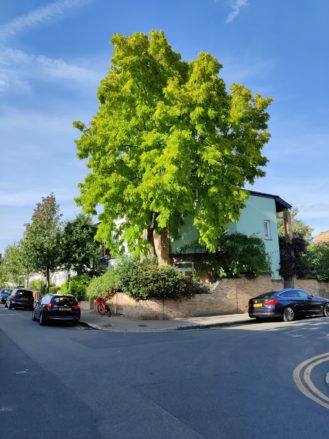 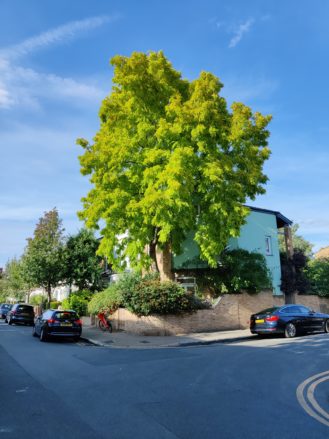 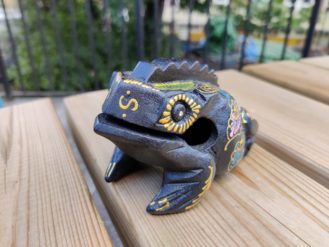 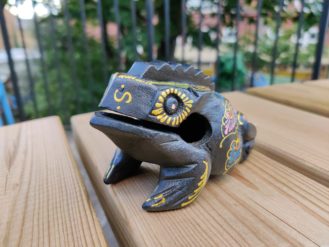 Then we get to the pointless 2MP macro camera each is saddled with — the least said about that the better. Nord has an additional rear-facing lens in the form of a 5MP depth sensor, but I don’t think it necessarily produces better portrait shots. Both phones would have benefited from a dedicated telephoto lens, with sensor cropping unable to produce anything half-decent past 2x zoom. The OnePlus 8 can do video recording in 4K at 60fps, while Nord can only manage 30fps at the same resolution. 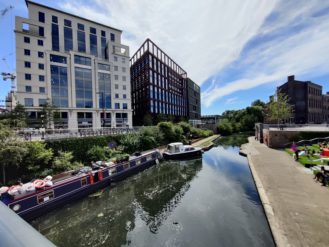 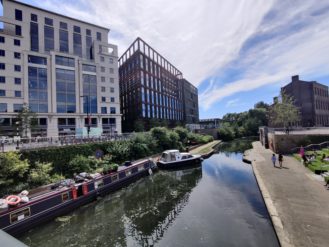 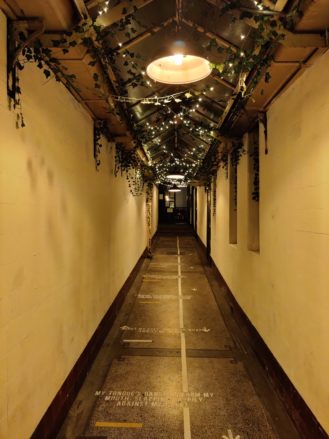 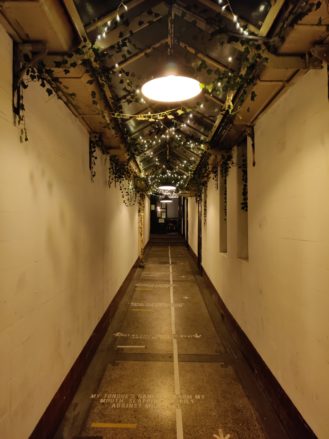 For those of you who take a lot of selfies, the Nord comes out on top thanks to its dual front-facing cams. The 32MP primary sensor is sharp enough to highlight every pore, and the 8MP wide-angle lens is good for group selfies. The single 16MP punch-hole camera on the OnePlus 8 does an okay job, nevertheless.

Nord is the way to go

The introduction of the Nord cements the OnePlus 8’s position as the awkward middle child in this generation of phones from the hype-hungry company. The Pro variant is a true flagship capable of going toe-to-toe with the very best, but the cheaper model is without much of what makes that phone so good. Then came the Nord, with many of the same features for a fraction of the price. All three handsets are futureproofed thanks to 5G and stellar software support, but the best value is definitely in the cheapest and most expensive options. 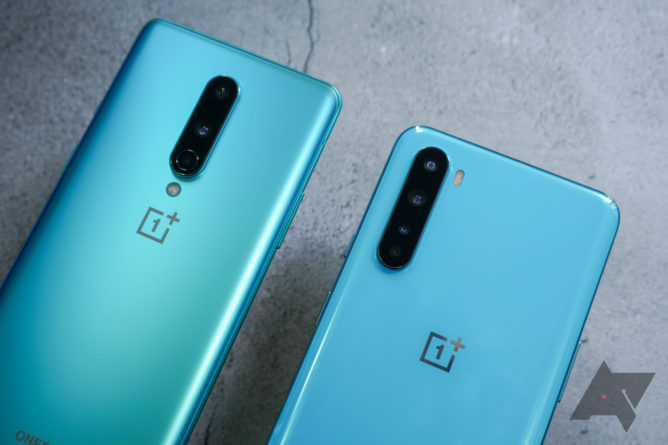 Nord costs €300/£220 less than the OnePlus 8 for the base model (8/128GB), and all of the compromises that had to be made to reach that price point seem to be justified. You just get so much phone for your money with the OnePlus Nord. Unless you see the OnePlus 8 for a similar price in a sale, the direction you want to be heading is Nord. Unless you’re in the US, that is — you’ll have to wait for whatever Nord-branded phone comes your way later in the year.

Five changes we would make to the OnePlus Nord