As of August 1, Dark Sky is dust — at least for us Android users. At the end of March, it was announced that Apple had acquired the popular weather app and would be shutting off Android access on July 1. Turns out the company would end up extending that deadline by a month. Whoop-de-doo. But since then, we've seen a fake Dark Sky app pop up and then get put down in the Play Store. We get it: people are passionate about their weather apps. So, as Dark Sky finally makes it to pasture, we're once again updating our list of our favorite Android weather apps.

So, with all these virtues in mind, we're recommending four apps that are admittedly off the beaten path and — new for this update — taking up three apps our readers claim to use. We've updated our list in time for Dark Sky's revised August sunsetting with another option, this one being for all you estranged Windows Phone fans out there: Appy Weather. 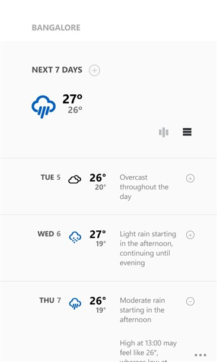 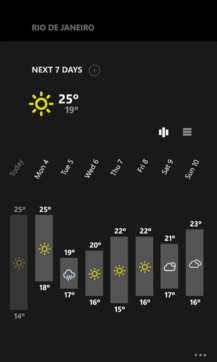 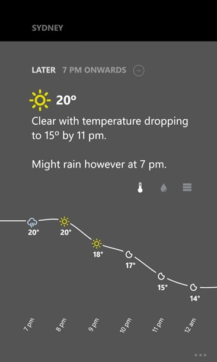 This paid app graced the platform that always seemed to sit on the edge of its own event horizon for 5 years before Microsoft officially let it die in 2019. Developer Bardi Golriz decided to make the leap to Android and was rewarded with with a Google Play "Everyday Essentials" endorsement last year.

Information is presented in a starkly simple way: a top-line number and short description for each daypart. Tapping on each box shows additional data while selecting vectors on the bottom-mounted carousel changes what numbers appear in large print on the screen. Forecasts can be viewed as hour-by-hour and day-by-day lists or as an annotated chart.

Radar isn't a strong suit for Appy Weather. It's improved from the days of when it was just a wrapper for the Dark Sky radar webpage, but that evolution is still in early stages: forecast intervals are lengthier than other apps and the echo imagery is a bit low-res.

Paying $4 a year for the Plus tier unlocks widgets, heads-up notifications and status bar icons. It also takes away the small, unobtrusive ad in the Timeline pane. On the Pro level at $1 per month or $10 a year, users can customize notifications, zoom into and toggle layers for the radar, and scrape data from Foreca and OpenWeather.

In all honesty, Appy isn't this author's cup of tea — I crave for less scrolling and more elucidation per screen — but I know of members in the Android Police team and a lot of our readers are down for glanceable, straight-to-the-point personal forecasts. Plus, if you like changelogs, Golriz's got a page for that. So, this pint's for y'all — cheers!

An earlier version of this article mistakenly stated that Appy Weather's radar feature was still using Dark Sky imagery. We regret the error. 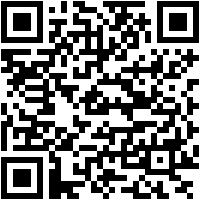