Google Voice has gone through plenty of changes over the past year. The Android app received a dark mode, Gmail integration and multi-platform call transfer arrived, and Voice can finally function with Google Fi on the same account. Now another transition is on the way, as the original Voice website will be shut down in August.

The legacy website for Google Voice, located at google.com/voice, now displays a message that reads, "Switch to the new Google Voice. Starting August 11, Voice will move permanently to voice.google.com." The updated website first arrived in 2017, when Voice was revived by Google after years of neglect. 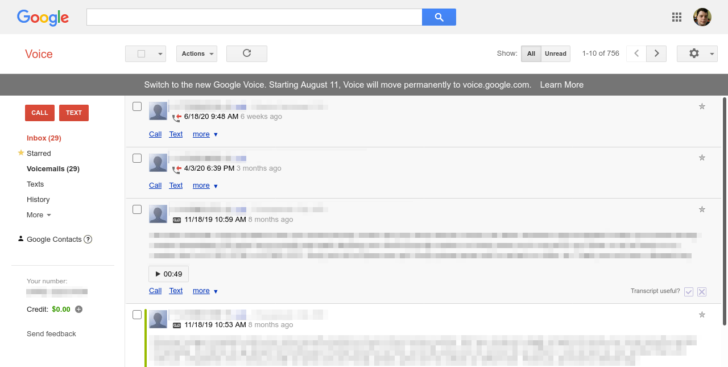 The old website remained functional for features that weren't ported to the new web app, which still aren't being added. "After 8/11, the Legacy Inbox function will be removed, and the feature to add notes to call logs will be removed," Google wrote in a support article. "Eventually, at some TBD future date, certain settings will be migrated to the new Google Voice website (UI).  Google is not providing any details as to which settings will be migrated and which will not, nor when this will happen."