Anyone else getting ANRs in @googlechrome stable for Android lately?

They're happening to me when I close incognito mode. pic.twitter.com/iuSFbzdGZc

The issue seems to affect Chrome 84 only, the latest stable release of the browser currently rolling out widely, and a lot of people are noticing the problem: The Play Store reviews are full of complaints, with reviewers saying that the app was constantly crashing, freezing, and generally not performing as well as it used to. I can confirm as much on the Xiaomi Redmi 9 I'm currently testing — for me, the crashes are random and not related to incognito tabs. For our own Artem Russakovskii, the issue appears to affect incognito mode only. Other people report no crashes and freezes at all, so your mileage may vary depending on your phone, processor, and Android version. 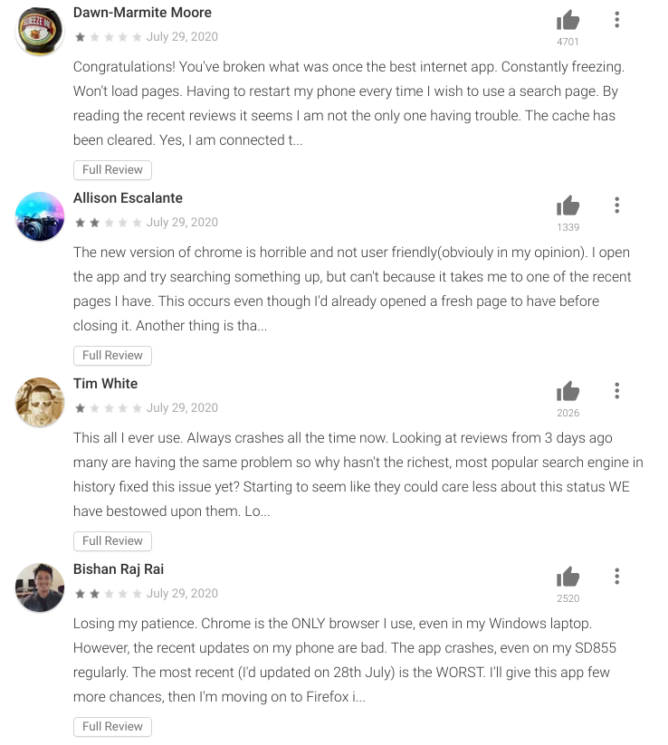 The good news is that Google is already aware of the problem and working on a fix, as per a Chromium Issue Tracker entry. Let's hope the company manages to fix the bug shortly, as Chrome powers so many aspects of Android these days, including custom tabs and PWAs. In the meantime, you can try switching to another Chrome release, like Beta or Dev, but be warned — these pre-release versions are deemed unstable and might come with bugs and issues of their own.

YouTube is doing away with community-driven captions and translations