The Xperia 1 II is definitely expensive, but it at least has flagship-level specs. It has a massive 21:9 4K OLED display, a 5G-enabled Snapdragon 865, 8GB of RAM, 256GB of storage with microSD expansion, a triple rear camera setup, and a 4,000mAh battery with USB-PD charging. It also has an IP65/68 rating and a headphone jack with hi-fi audio. Part of the reason the price is so high is no doubt the 5G development cost, but at least Sony is throwing in a pair of WF-1000XM3 noise-cancelling true wireless earbuds, which go for $228 if purchased separately, in your choice of black or silver. 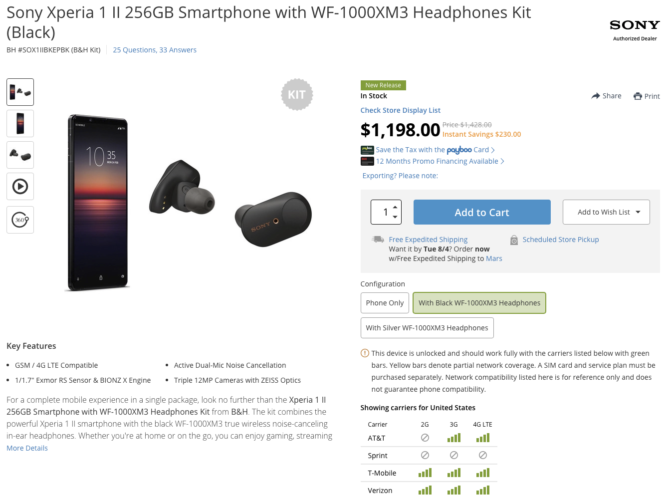 The phone was originally supposed to ship July 24th, so the release is a few days behind schedule. B&H is the only retailer that has the phone in stock in the US; it's still backordered/out of stock at Adorama, Amazon, Best Buy, and Focus Camera. Expedited shipping is free, which helps soften the blow of that nearly-$1,200 price a bit. You can pick this bundle up at the link below.