Documents from Dropbox now appear in the Chrome OS Files app, thanks to a recent update to the Android application. You can copy files from Dropbox to your local Downloads folder (or the Google Drive folder), and vice-versa, but it's still a bit buggy. Deleting files doesn't seem to work, nor does copying entire directories at once. 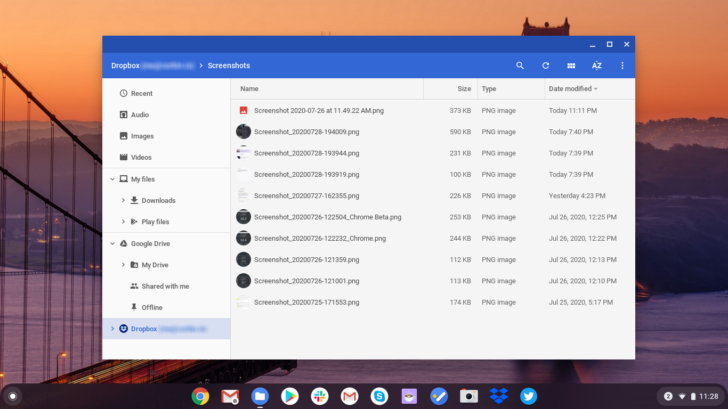 Despite the buggy functionality, it's still nice to see some kind of support for Dropbox on Chrome OS. The only method before now to see Dropbox files in the file manager was using apps like Dropsync, but that required keeping documents in the Downloads folder, and it didn't display some metadata correctly (like dates).

Scheduling Google Assistant actions is now possible, albeit very difficult to set up