Nubia is following up on the apparent success of the Red Magic 5G with the same formula it used last year: an incrementally improved "S" bump. The new Red Magic 5S packs most of the same specs with a few tweaks like faster shoulder trigger polling, better cooling, and faster storage. It's China-only for now, but a global release is planned for September.

Red Magic's PR is lacking quite a few details — for example, it doesn't mention precise display resolution or whether the new phone uses a Snapdragon 865 or the newer "plus" variant — so we've had to rely on the folks at GSM Arena for some of the particulars. Still, based on the details provided, the 5S is an ever-so-slightly-souped-up version of the previous Red Magic 5G.

So far as we can tell, Red Magic is sticking with the non-plus Snapdragon 865, which is a curious choice. Storage is bumped from UFS 3.0 to 3.1, and the cooling system has been improved with a rated 4.3% better ventilation. Shoulder trigger touch sampling rate is also being bumped ever so slightly from 300Hz to 320Hz, but basically everything else is the same — not that that's bad, the Red Magic 5G packed some of the latest hardware when it landed earlier this year. Chinese pre-orders start today, with open sales in the market starting on August 1st. A global release is set for September 2020. 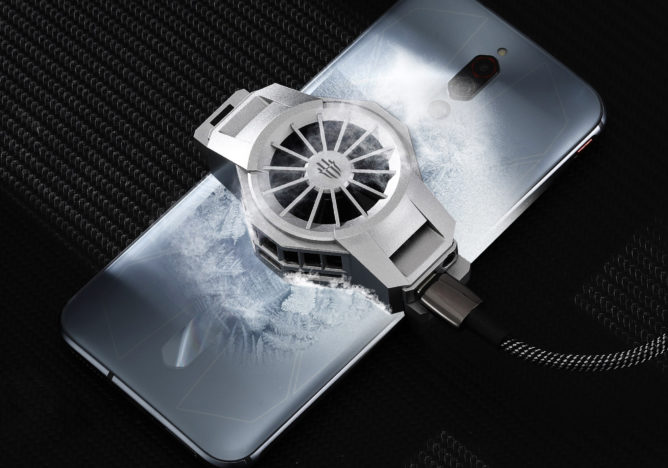 The new 5S also has a new dedicated accessory designed specifically for it called the Ice Dock. It runs 179 CNY and should keep your phone cooler than the active cooling solution does by itself.

The company is also holding a "Space" themed event at its site over the coming days. Folks can sign up to start the "intergalactic trading adventure" and potentially win a phone, coupon, or accessory. More details are available at Red Magic's site.

Xiaomi is working on back-tap gestures, just like Google and Apple