With everyone holed up at home, Netflix has probably been getting a little more usage than usual. Those extra few downloads could have just tipped the app over one billion downloads on the Play Store, which is no small feat even for an app that comes pre-installed on some devices. 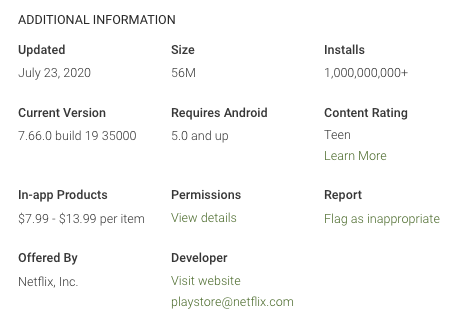 Netflix is bundled in some OnePlus and Samsung devices out of the box, which definitely pumps the numbers a bit. That said, we'd give it good odds that many of those downloads would have occurred even if it weren't pre-installed; after all, Netflix is still the biggest streaming service globally. For a comparison, Hulu is only between 50 and 100 million downloads, and Prime Video is at 100 to 500 million. It's going to take some time for those two to catch up.