Usually, we're stuck waiting for dark themes to land, but today's news is the opposite: A more uniform light theme has rolled out to Nest smart displays. Seemingly delivered via a software update (v. 28.8.19.320035839, according to 9to5Google), more UI elements now match the otherwise bright white light theme on both smart displays.

That includes the swipe-up tray for things like volume, brightness adjustment, and manual alarm creation; overlay notifications for things like microphone and camera control; as well as the system settings page. All of them used to be white-on-black.

You might be thinking, "Google's smart displays already had a light theme," and you're right, but not all of the on-screen elements matched that theme. Though the side-scrolling carousel of cards on the primary screen was black-on-white, as was the swipe-down smart home control center, other bits here and there (like the two things mentioned further above) didn't match. 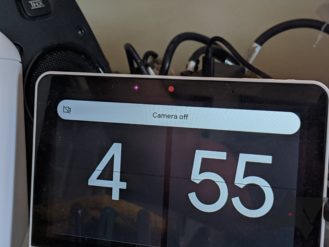 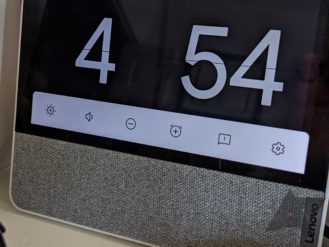 Examples of the lighter elements you may see. Note: this is a Lenovo display, not a Nest/Google Hub.

We've confirmed this change on a handful of Nest Hubs we've got about the various distributed Android Police work environments, and the change is also present on some other third-party smart displays we've got — though apparently tied to a different version, and we can't be sure when that rolled out. (I've been at a smart display-free cabin in the woods for the last few days.) To check your own smart display, just swipe up from the bottom edge of your screen and see what the tray looks like. Nest devices appear to be getting the change with version 28.8.19.320035839 in Settings -> About device -> software version, and two different Lenovo smart displays on-hand also have the same setup on the slightly older 28.8.18.317917649.

New Red Magic 5S is basically the 5G, plus a few improvements