If you tried to sync your Garmin fitness band or smartwatch to the company's servers over the last few days, you may have noticed that something's awry. After initial reports pointed to a ransomware attack (via ZDNet), Garmin has now publicly confirmed that it's been hit by a cyber attack and that it's working to bring its servers back online over the next few days.

In a press release, Garmin writes that "it was the victim of a cyber attack that encrypted some of our systems on July 23, 2020" that interrupted almost all of its online services. The company emphasizes that there is "no indication that any customer data, including payment information from Garmin Pay, was accessed, lost, or stolen." It further reaffirms that its products remained functional throughout the outage — only online services were down, not activity tracking itself. Right now, "affected systems are being restored and we expect to return to normal operation over the next few days," though Garmin warns that it might take some time to go through a backlog of data processing.

Garmin's servers and factories have been shut down since July 23 and are only slowly starting to go online again. To deal with the issue, the company entered a maintenance mode for multiple days, which is why all of its services were offline for some time. This means that it was impossible to sync progress with the company's servers, so if you were itching to share your latest run on Strava, you had to be patient over the weekend. More severely, pilots relying on flyGarmin couldn't lift off, as the FAA requires them to use the latest database when navigating.

This outage also affects our call centers, and we are currently unable to receive any calls, emails or online chats. We are working to resolve this issue as quickly as possible and apologize for this inconvenience. (2/2)

Garmin initially wouldn't confirm that it was hit by a ransomware attack when ZDNet asked, but several employees stepped forward on social media when the incident first took down the services. They said that it might have been the relatively recent WastedLocker attack. Taiwanese tech blog iThome strengthened that claim, citing that employees were told that servers were attacked by a "virus." The publication further said that some customers lost access to older logs, but those will likely be available again once the company regains full control over its encrypted servers.

Hey @garminuk any idea when the server will back up for Garmin Connect? Got a pretty sweet 5k time this morning that doesn’t count unless it’s uploaded to Strava 😜 Thanks in advance. pic.twitter.com/GpfAaGl6st

Let's hope that Garmin is able to move forward quickly and will soon have its servers up and running again.

Updated to include Garmin's statement. 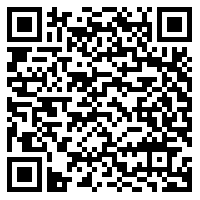