Google introduced Lens back in 2017 as a new way to provide contextual info on things you see. Since then, it's continued to evolve and add new features. There are a number of places to find Lens, including in Google Photos and the Google Camera app. Now Google seems to be testing placing a Lens icon directly in the search bar of the Google app.

While this doesn't seem to be rolling out widely, at least some users are seeing the Lens icon on the far right of the Google search bar directly to the right of the microphone icon. You can already find Lens functionality in the Google Photos app, the Google Assistant, and the standalone Lens app in the Play Store. This addition brings Google's Android app closer in functionality to the Google app on iOS, which has had Lens built-in for a while now. 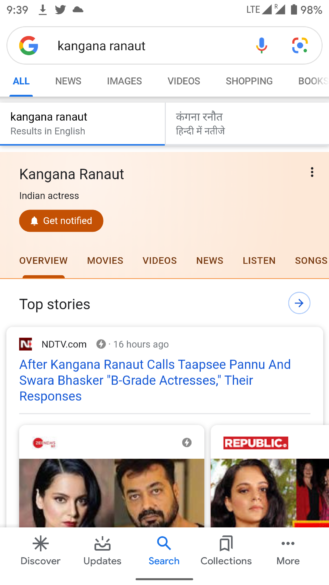 While it may be yet another instance of the Google Search app getting more bloated, it does make a certain kind of sense for visual search capabilities to be placed in the search bar; now you can input visual information alongside voice input. Lens is getting a lot of attention from the big G lately, even getting baked into the Gboard app. The main thing I find Lens good for is copying tracking numbers from USPS receipts, but it's nice to know Google is working on surfacing the tool for other uses. Even if you don't have the Lens shortcut in the Google app just yet, you can still download the standalone app from the Play Store or APK Mirror.

The Google Store will now price match B&H in the US, many other retailers internationally