The past few months have seen plenty of Gboard changes come to the keyboard via server-side updates. Dark mode, smart compose, clipboard suggestions, all of these are still rolling out to users (I don't have any of them yet), but more features and enhancements are on the way. Two more appear to be widely available now, be it on the beta or stable version of Gboard: image support in the clipboard, and Google Lens in lieu of Search.

Image support in the clipboard

So far, Gboard has only offered the ability to copy and paste text, and its built-in clipboard only supported that. XDA-Developers first spotted the signs of image support back in January, and it's now live and working. But sadly, you can't easily get started by copying any image into the clipboard — that would be too straightforward. Instead, most apps usually offer the option to save or share an image, but not to copy it. To work around that limitation, you can use one of two tricks.

Starting with Chrome 84 on Android, the option to Copy image should be available when you tap and hold any image. If you don't see it for some reason, head over to chrome://flags and look for the Copy Image flag. Enable it and restart the browser. This works in Android 10, 11, and possibly older versions too.

The other trick only works in Android 11 but has the benefit of being available system-wide instead of just in Chrome. You can copy images from the Recents screen by swiping up an app, tapping and holding on the pic that interests you, and selecting Copy. 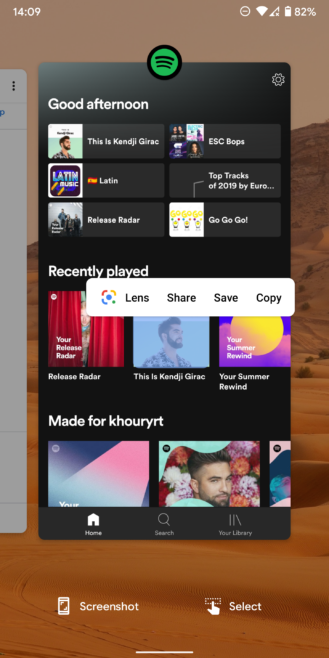 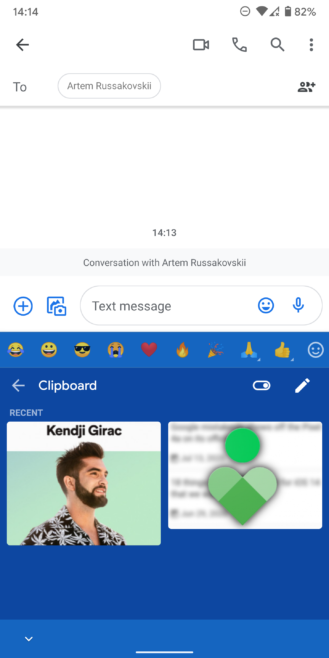 No matter how you copied your image, you now need to paste it. According to XDA, only the 21 apps below supported image pasting in January. We don't know if the list has changed since then, but Gmail, Instagram, Signal, and Telegram appear to have the feature too.

Select the text field as if you're about to type something, then open the clipboard in Gboard to find your copied image there. Tapping it attaches the image as if you'd selected it and attached it from the file browser.

The whole process should save you from having to download the image first before sending it, which often results in your phone's local storage being littered with images you only needed once. You also don't need to delete the image after you've sent it.

Now that this functionality is available, I hope Android would add a copy option to the share menu for images too (it currently only shows up for text and links), which would allow this to work quickly and in all apps without resorting to the Recents screen.

Google Lens instead of Search

The second change in Gboard is the removal of the Google Search functionality, which had been integral to the keyboard for years. We spotted this a few weeks ago, but it was quickly reverted and we thought it was surely a bug that would never make it to everyone. But lo-and-behold, it's now affected every device we checked, with both beta and stable releases.

To be honest, I've only used Gboard integrated search a few times over the years, and always found it to be insufficient and clumsy. I wasn't alone though, as Google was ready to get rid of it and replace it with Lens, which is a lot more useful in my opinion.

Once you select the new Lens option in Gboard, the app's interface will load straight into text scanning mode. After selecting your text, a handy Send to keyboard bubble shows up in Lens' bottom overlay, and tapping that immediately closes the app, switches back to where you were, and pastes the text for you, all in one fell swoop. It's super fast and way, way more efficient than you taking the time to type any words you're seeing in front of you in the real world.

As I mentioned earlier, both of these features appear to be available to us on Gboard versions going from 9.5.11 to 9.616, so they were likely enabled server-side. If you don't have them yet, you can grab the latest Gboard version from APK Mirror, but odds are that won't do much to improve your chances. The server-side gods rule with unwavering decisiveness.