For more than three years, you've been able to save articles for later via Chrome on iOS. Google never cared to introduce the feature on other platforms, but it looks like that's about to change rather soon. An entry spotted in the Chromium Gerrit (via Techdows) shows that the company is working on bringing a Read Later feature to Chrome OS, macOS, Windows, and Linux. 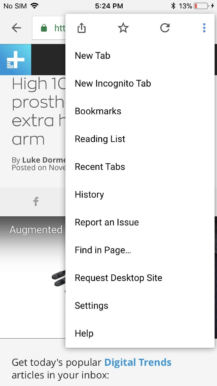 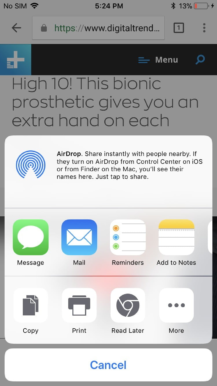 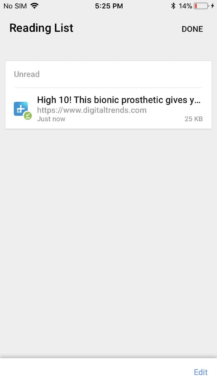 What Read Later looks like on iOS. Source: Digital Trends.

The bug tracker describes the new Read Later feature, which is already available as a flag in Chrome 86, the current Canary release. It explains: "Allow users to save tabs for later. Enables a new button and menu for accessing tabs saved for later." However, when we tried to activate it on macOS, we couldn't spot any UI changes, let alone a functional button or a new menu for accessing the saved websites. It seems like the feature is still in very early stages.

If you're wondering when we might see this Read Later on Android, you'll be happy to learn that you can already use the current Download feature to recreate the functionality. Just head to the three-dots overflow menu in Chrome's top right corner when viewing an article you want to save and tap the download icon. You can then head to your downloads and filter by pages to see all of your saved websites. Theoretically, you can also go the download route when you want to save articles to your desktop right now, but this will download the website as an HTML file — an even less elegant solution than the one available on Android. 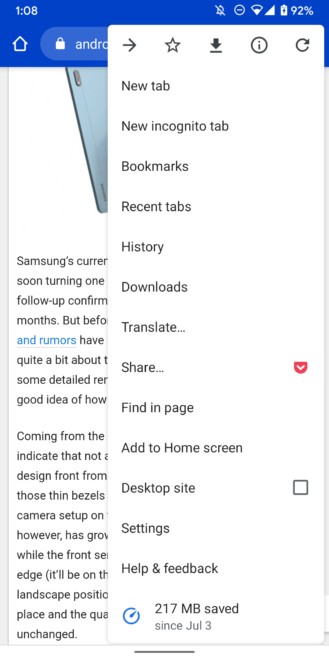 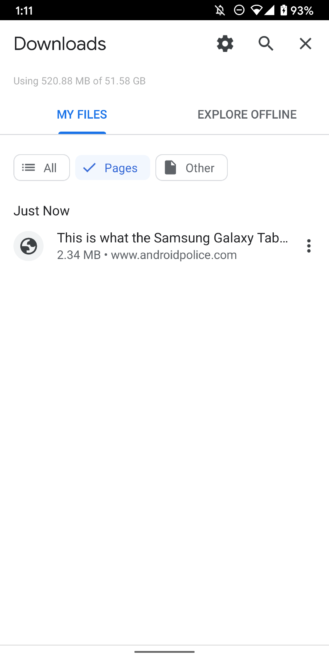 This is how you can currently save articles on Chrome for Android. Not very intuitive.

I prefer Mozilla's Pocket, though, since it's cross-platform and lets me view my reading list on any device — all currently available Chrome solutions are device-specific. Let's hope that the new desktop implementation the team is currently working on is the first step towards a cross-platform Read Later list for Chrome.