WhatsApp has managed to reach a worldwide audience and break through 2 billion monthly users despite a severe handicap: The app doesn't support multiple devices for the same account. One phone number equals one phone or one tablet, that's always been the equation. And while there are workarounds to allow two different numbers on the same phone (for dual-SIM devices or Business users), there hasn't been any trick to make the same number available on two phones or tablets simultaneously. The great news is that WhatsApp is already working on this.

WABetaInfo first discovered signs of multi-device support in WhatsApp in November 2019 on iOS and Android. At the time, a "Registration Notification" hinted at asking for a new security code from a secondary phone, and a hidden warning text in chats suggested the ability to have multiple devices per recipient.

Then in WhatsApp beta v 2.20.110 (APK Mirror), WABetaInfo discovered more clues related to multiple device support. The team managed to trigger different event messages when a persons's E2E security code changes, both of which show multiple device support is coming. However, it's still unclear how this will work. Would the first device remain the main one and need to be online for the others to work, like WhatsApp Web does now? Or would the devices be independent and you could use any, regardless of whether the main phone is powered on or connected? We hope it's the latter.

And now, with a more recent beta v 2.20.196..8 (APK Mirror), WABetaInfo has unearthed a few more signs of the feature which will likely be found under "Linked devices" in the app's overflow menu. This replaces the "WhatsApp Web" option that's currently there. 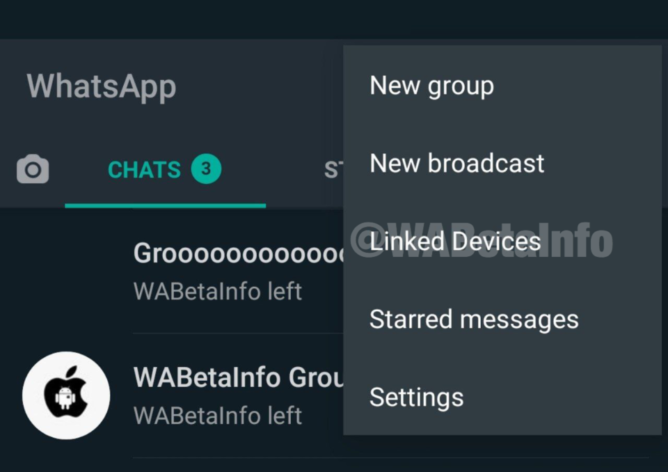 When opened, you'll see all the devices where you've logged in with that same WhatsApp account. Curiously, though, the screen only mentions "browser, computer or Facebook portal." Maybe the wording will be updated later to include other phones.

I'm also concerned about the limit to four devices, especially if this means that web or desktop instances will be counted among them. I currently have WhatsApp installed on a phone and I use the web interface from two computers (work and home). That means I'm already up to three total devices and I'll only be able to link one other phone or tablet. As far as I know, there's no limit to how many web or desktop instances you can currently link, so the limit will be a backward move. 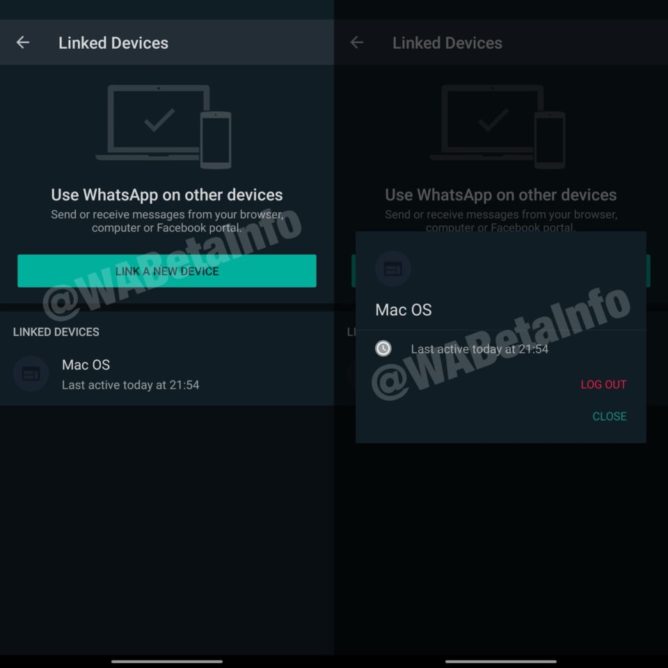 While the feature is clearly still in development and can't be manually enabled, it's surely intriguing. It'd be so nice to finally be able to have the app installed on two phones or a phone and a tablet simultaneously. Messaging applications always relied on accounts, not phone numbers, and thus had no issue with multi-device support. It wasn't until WhatsApp launched that most of us discovered an easier way to join a messaging platform through phone numbers, but realized it came at the price of convenience. Other messengers like Telegram already figured out a way around this limitation, and it's high time WhatsApp did so too.

Up to four devices

According to the latest discovery by WABetaInfo, WhatsApp's multi-device support will be limited to four devices. It's not clear if you can deauthorize some to add more, but seems like the concomitant number of devices connected to the same number is four.

WABetaInfo has shared more screenshots of the feature, which should be called "Linked devices." The post has been updated with those.

5 great utilities to make the most of your Galaxy S20