Chrome 84 was released a little over a month ago, and now Chrome 85 has graduated to the Beta Channel. This release mostly focuses on under-the-hood features and new APIs for developers to use, but there are still a few interesting changes worth noting. Let's take a look!

Even though 64-bit Android devices have been common for several years at this point, Google has always distributed Chrome for Android as 32-bit-only. Google started rolling out 64-bit builds with Chrome Beta 84, but now they appear to be more widespread in Chrome 85. 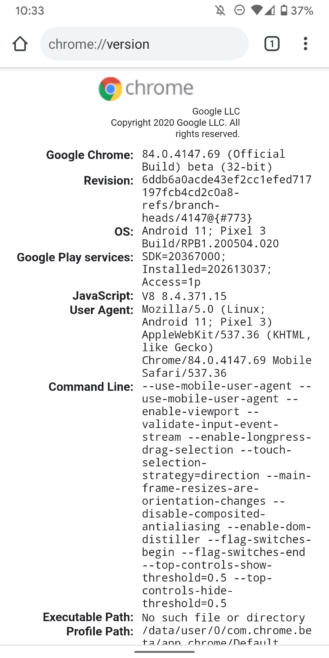 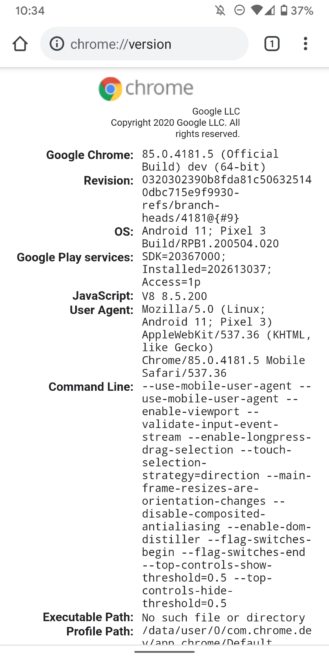 On every device I've tested with 64-bit Android, Chrome Beta is running in 64-bit mode. You can check for yourself by opening chrome://version in the browser and checking the end of the Google Chrome info.

The switch to 64-bit could allow Chrome to make better use of the vast amounts of RAM that come standard on most flagship devices these days. There's also some indication that 64-bit Chrome on Android is marginally faster than 32-bit Chrome, but the speed difference could also be the result of unrelated performance improvements between Chrome 84 and 85. 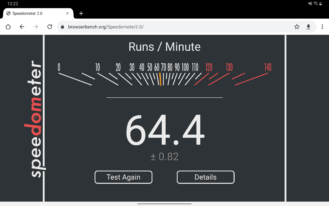 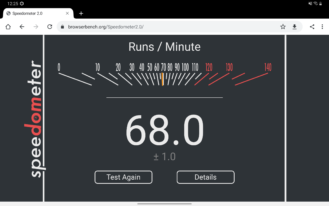 Google has tried on and off for years to hide full URLs in Chrome's address bar, stemming from some research that claims phishing pages aren't as effective when only the current site domain (e.g. google.com, androidpolice.com) is shown. Chrome 85 includes two new feature flags that hide the full URL path, but they are only being tested on desktop platforms for now. 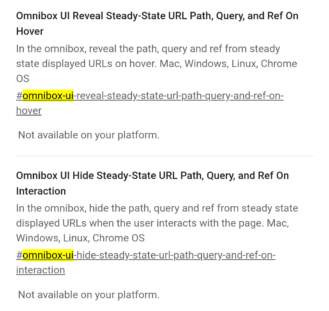 After the feature flags first appeared in Chrome Canary/Dev last month, Google revealed more details on the Chromium Bug Tracker. "We think this is an important problem area to explore because phishing and other forms of social engineering are still rampant on the web," a Chromium developer said, "and much research shows that browsers' current URL display patterns aren't effective defenses. We're implementing this simplified domain display experiment so that we can conduct qualitative and quantitative research to understand if it helps users identify malicious websites more accurately."

However, making the web address less important, as this feature does, benefits Google as a company. Google's goal with Accelerated Mobile Pages (AMP) and similar technologies is to keep users on Google-hosted pages as much as possible, and Chrome for Android already modifies the address bar on AMP pages to hide that the pages are hosted by Google. Modifying addresses on the desktop is another step towards making them irrelevant, which could hurt the decentralized nature of the internet as a whole. 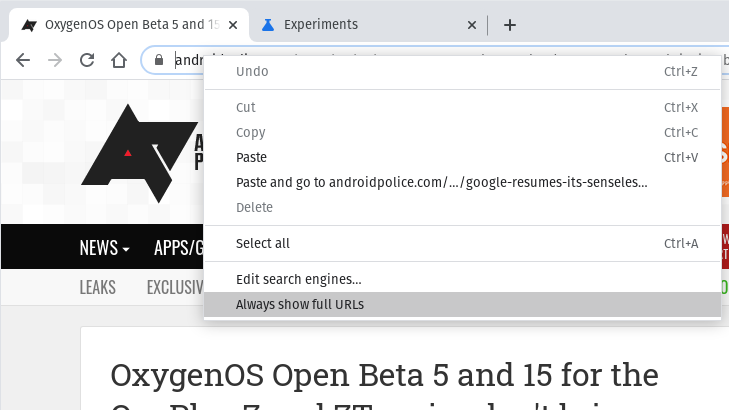 On the bright side, Google confirmed that the option to always show full URLs will be available by right-clicking on the address bar, at least by the time it rolls out to everyone. If you don't see it right now, go to chrome://flags/#omnibox-context-menu-show-full-urls and set the highlighted flag to 'Enabled'.

As always, this update includes changes for both users and developers. Here are some smaller changes included in Chrome 85: