With the iPhone SE making many Android users switch platforms, it was just a question of time until we'd see a response from Android manufacturers. In Europe, that might just be the OnePlus Nord. The €400 phone undercuts the €480 iPhone by €80, and its modern, sleek exterior stands in stark contrast to Apple's tried-and-true iPhone 6 look. It might just become the reset button for the Android midrange market.

Let's disregard the price and the internal hardware for a moment and start with looks. The OnePlus Nord's appearance is decidedly more modern than the iPhone SE's, period. It has a much better screen-to-body ratio, filling almost every inch of its front with the display. Some people might not love hole-punch front cameras, but in games and videos, they still help you immerse yourself into the experience in a way a notch or a bezel couldn't.

The display itself, being AMOLED, 90Hz, and having a 20:9 aspect ratio, will wow you much more than the iPhone SE's 6-year-old hardware. The same might be true for the high-MP camera array, though that remains to be seen — like Google, Apple is absolutely crushing it in the post-processing department, so the iPhone might give you better results in many circumstances, despite its old lens. Stay tuned for our full review of the OnePlus Nord for more information on that. 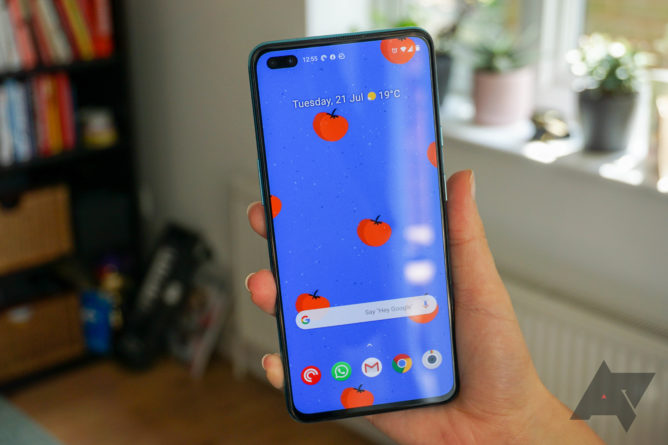 While Apple put its high-end A13 Bionic chip into a 6-year-old chassis, OnePlus decided to tone it down just a little bit and went for a Snapdragon 765G — as a company that doesn't produce its own chips, that makes perfect sense. OnePlus needs to buy the processor externally and can't subsidize the costs. The Snapdragon 765G, 8 or 12GB of RAM, and OnePlus' battery optimization should still make it last a day easily and provide enough oomph for most tasks you throw at it, even if it might fare worse in gaming than the iPhone or an Android phone with the Snapdragon 865.

In contrast to any Apple handset, the OnePlus Nord also offers 5G connectivity, but I wouldn't necessarily count that as an advantage at this point — 5G networks are currently way too small and not available to too many people, so 5G isn't a compelling argument for many when making a purchase. You might benefit from the antenna in the long-term, though, depending on how long you plan on keeping your phone. 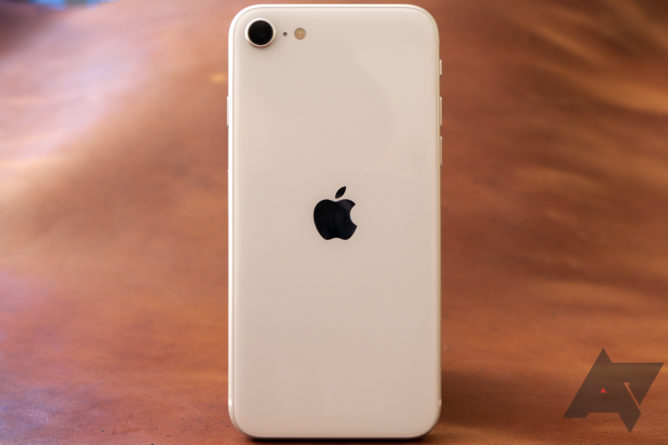 Speaking of longevity, this is definitely an area where the iPhone wins, but that's never been different. No Android handset coming out this year (and probably even next year) will receive new software as long as the iPhone SE, no matter how much money you spend, and neither will the OnePlus Nord. People who buy Android phones are aware of that and ready to make that trade-off.

As a writer for Android Police, I'd lie if I didn't prefer Android over iOS. I see that Apple's OS has many advantages, especially in regards of privacy and security, but I still love Android's notification and storage management, Google Assistant, the system navigation, and so much more. As the sudden influx of Android users switching from Android to the iPhone SE will show you, these factors won't keep people on Android necessarily, but they're certainly important for the more technically adept (at least those that agree with me).

The iPhone might still appeal to people who prefer a tried-and-true, if not to say iconic, design over the latest edge-to-edge display. If longevity is a concern, especially in this time of economic uncertainty, it might indeed be a really good choice, even if people have to shell out a bit more money in the short term. But that's not necessarily how many think about their purchases, and anyone comparing upfront prices wanting an affordable, modern, and good-looking Android phone will look at the OnePlus Nord twice before deciding for the iPhone SE.

The Nord is the phone that proves that great-looking and well-performing hardware doesn't have to be expensive, and that 5G isn't necessarily the cost driver we feared it would be. 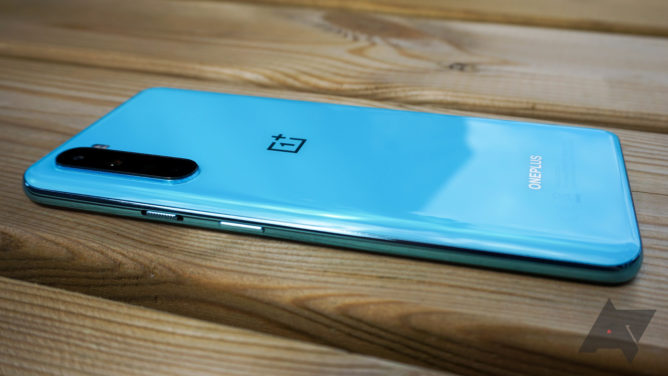 Whether you prefer the iPhone or the Nord, they both show a broader trend thanks to their small price tags: You can finally get capable, modern, and long-lasting hardware for a reasonable price again, and either of these phones should be more than good enough for most folks. With the Pixel 4A rumored to go for $350 (which would likely translate to about €400 according to conversion conventions, to keep prices comparable here), Google seems to have understood that, too.

I hope that the OnePlus Nord, the iPhone SE, and the Pixel 4A will pave the way for an ecosystem of nearly flagship-like midrangers, offering most of the features regular folks could ask for. $1000+ flagships can still exist in such a world, both for companies showing off what's possible and for those people who love to live on the bleeding edge of what's technologically feasible.

The OnePlus Nord deserves a release in the United States