Privacy is always a major concern, especially when there are shady apps out there that like to have constant access to your info. When Apple unveiled iOS 14 last month, one standout feature was access indicators, small symbols in the status bar that are displayed when either the camera or microphone are in use. Thanks to the developer of Energy Ring and Energy Bar, we can now enjoy a similar feature on Android. 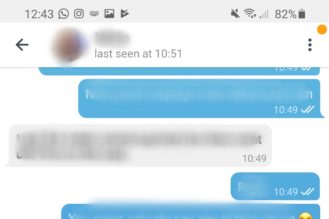 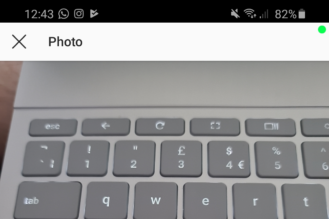 If you're running Android Pie and above, you may have noticed a notification for mic and cam background usage by apps, but many of us probably silenced, disregarded, or dismissed it inadvertently. An indicator is better in that it stays on the screen and calls for attention.

Access Dots monitors usage of those sensors and shows an identical glowing dot to iOS 14 when they are in use. Like iOS, an orange indicator signifies mic access, and green is for the camera. The most significant difference to Apple's implementation is the placement of the indicators on your screen. Because this is an application and not a part of your OS, Access Dots can't show anything over the status bar itself.

Even so, the icon is small enough to be unobtrusive and doesn't interfere with the use of your device. There are several customization options, although most of them are locked behind an IAP. Out of the box, you can change the color of the indicators, and that's it. If you want to change their size or position, then you'll need to pay for the privilege. Rather than a fixed-rate purchase, you'll be asked to donate to the developer in various amounts ranging from $2.50 to $27. Once you do that, you'll have access to everything the app has to offer.

Access Dots is still a new app, so it's safe to assume that more features will be added in future updates. For now, though, we have a reliable app that works well and is bound to get even better.

The app has been updated with a highly requested feature: Access Logs that show the time and for how long mic or camera permissions were accessed, as well as which app was in the foreground. It'll also better accommodate notched devices running Android 10 or later, among other tweaks and improvements. Combined dots for when both permissions are accessed is also planned.

The full changelog is just below:

Thank you everyone for supporting the development!

#1 Added Access Logs, shows: Time at which cam/mic was accessed, foreground App during the Access initiation, and duration of access.
#2 For Android 10+, devices with camera notch, Access Dots displays beside it like on iOS 14.
#3 Added 'Custom' location options to specify location in X/Y coordinates
#4 Stability, bug fixes.