If your country supports the service and your ID comes with an NFC chip, you can add it to your phone by tapping the card on the phone's back and entering a PIN for verification. The S20 will then establish a connection to the issuing organization, which has to verify the personal data and send the encrypted eID card to the phone's secure chip. The brand-new dedicated eSE chip is hermetically sealed off from the rest of the system to make it as hard as possible to hack. 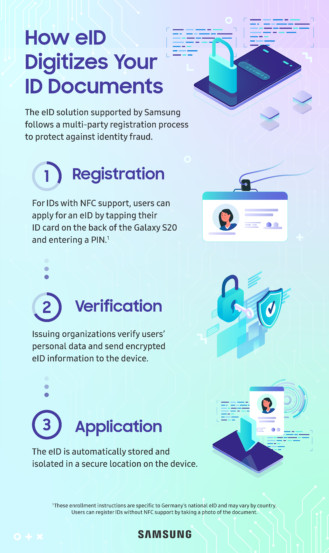 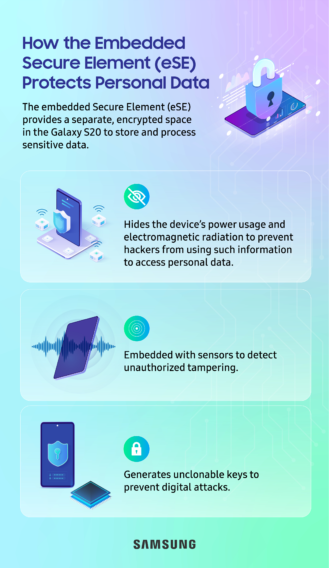 To enable this e-identification process in Germany, the German government and Samsung are developing an app that will be available on the Play Store, utilizing the framework created by the manufacturer to store IDs securely. In the future, the authorities consider introducing more documents into the vault, like driver's licenses and health insurance cards. It's still unclear if you'll be able to use these digital IDs as a replacement for physical cards or if they're meant for online authentication only.

Mock-up of an eID app, courtesy of Samsung and German authorities.

If you don't have the most recent Samsung flagship, you might be happy to learn that Google is working on a similar feature for Android 11. The company wants to add digital driver's licenses to the upcoming release, potentially expanding support for other IDs later. That could allow many more devices to store these credentials, provided that governments are satisfied with security of Google's solution. It's even possible that Samsung relies on the Android 11 framework to enable its own solution, as Google is working on a standardized communication and storage protocol for third-party manufacturer's secure enclaves — e.g., Samsung's eSE chip.

A few US student IDs are also already supported by Google Pay right now, allowing students to carry fewer cards in their wallet.