Samsung has just formally revealed a 5G-equipped successor to this winter's Galaxy Z Flip: The (obviously titled) Galaxy Z Flip 5G. Five months is a pretty fast turnaround for a sequel, but it brings the company's smallest foldable up to network parity with the Galaxy S20 as well as the upcoming Note20. In short, it's the same Galaxy Z Flip, but packing the latest internals and 5G support — sans mmWave. You'll pay a slightly plumper $1,449.99 for the pleasure, with availability set for August 7th.

Key differences between the OG Z Flip and this new upgraded Z Flip 5G are few. In general, this is the Z Flip you already know and love (or, at least, that I loved) but with a more recent, faster Snapdragon 865+ and 5G support. (It's also 0.1mm thicker at the hinge when folded.) Do note, it does lack 5G mmWave support for networks like Verizon's, but unless you live in a handful of areas, that doesn't really matter. 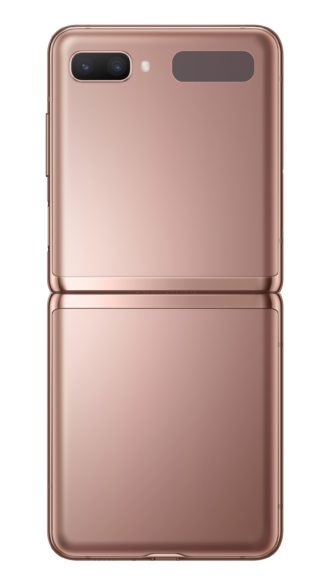 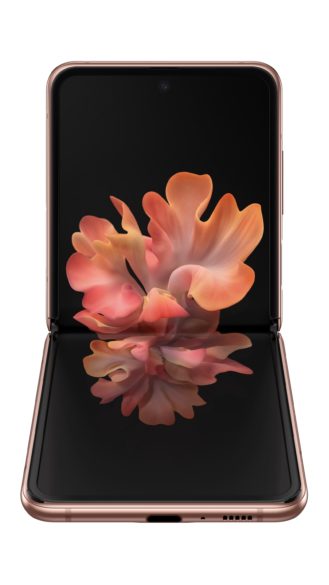 The Z Flip 5G packs what sounds like the same polymer-topped glass folding OLED display, the same too-small "cover display," 8GB of RAM, 256GB of storage, the same 3,300mAh battery, and identical cameras: a 12MP f/1.8 primary and a 12MP f/2.2 ultra-wide, with a front-facing 10MP f/2.4. That SoC upgrade means a bump to Wi-Fi 6, but the rest of the spec sheet should be familiar. It might have a folding screen, but there's still no in-display fingerprint sensor. Instead, you get a side-mounted capacitive unit.

When it comes to software, Samsung tells us this latest version packs the as-yet-unreleased One UI 2.5. We know it should let you finally use third-party launchers together with gesture navigation, but Max Weinbach dug up a few other camera changes like some new "pro video" features. Some multitasking tweaks for the multi-window tray and app pair are also included. Like the Z Flip, you get a so-called "flex mode" for use half-closed in apps like the Duo, YouTube, and the camera.

It comes with Samsung's Galaxy Z Premier Service, which includes a dedicated support line staffed by real folks for both warranty support and more general questions about the phone. We're also told it will ship with a pre-installed screen protector and will have the same warranty terms as the original Z Flip, including the one-time $120 screen replacement offer. 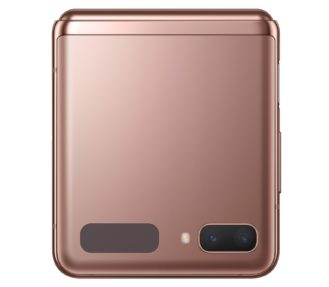 This spec bump to 5G will run you an extra 70 bucks over the original model, as the Z Flip 5G runs $1,450. Colors this time around are Mystic Gray and Mystic Bronze (both in a matte finish), with availability beginning on August 7th at retailers including Best Buy, Samsung, Amazon, and carrier partners. So far both AT&T and T-Mobile have confirmed plans to offer the handset.

A Samsung representative has confirmed to us that the Z Flip 5G will have the same warranty and one-time screen replacement offer that the previous model did. It will also ship with a pre-installed screen protector. Our coverage has been updated with that information.

New devices with 2GB of RAM or less must run Android Go, according to leaked documents

Motorola Edge, unlocked for all US carriers, goes on pre-order starting at $500