As is customary before every smartphone unveiling, the Galaxy Note20 Ultra has been leaked extensively ahead of its August launch event. Both official and unofficial sources have already shown us what the device will look like and what they’re expected to pack under the hood. But this latest leak coming from trusted site WinFuture has left almost nothing to the imagination. There is a full set of Galaxy Note20 Ultra renders included, along with the details of its Project xCloud gaming features co-developed with Microsoft.

We’ve already had our first good look at the Note20 Ultra’s hot bronze colorway, but WinFuture goes a step further by showing off the device from all sides, as well as the deep black color option. These official-looking renders corroborate much of what we already know, while also highlighting the phone’s similarity to the Note10 in design. The thick, S20 Ultra-inspired camera is enough to differentiate this as a Note20-series phone, though. 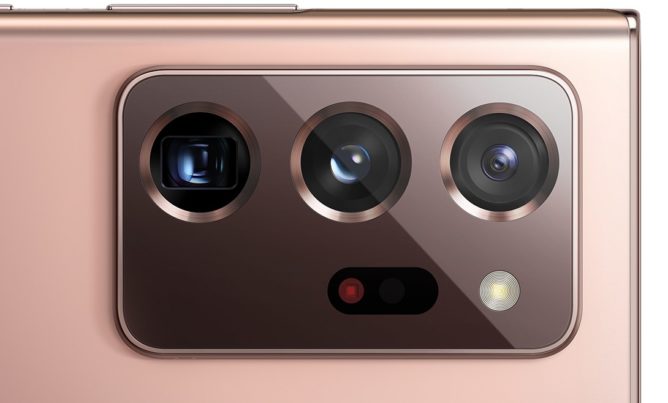 Speaking of cameras, this phone gets one less than the S20 Ultra. As the close-up shot (above) shows, the Note20 Ultra will pack a triple camera setup headlined by a 108MP sensor that is paired with a laser autofocus system. The other two consist of ultra-wide and periscope zoom lenses, both with 12MP sensors. The latter will also ditch the S20 Ultra’s 100x Space Zoom (and its gaudy branding) for a more modest 50x capability. The handset will pack a massive 6.9-inch QHD 120Hz panel layered with Gorilla Glass 7 — an industry-first. As for the rest of the specs, this super-premium Galaxy Note20 Ultra is said to pack the Exynos 990 chip, not even the rumored 992, in markets outside North America. It'll be paired with up to 12GB of RAM and 512GB of UFS 3.1 storage. That iconic S Pen will retain its predecessor’s design, but the report says that it could come with reduced latency of 9ms. The will include a 4500mAh battery, which sounds like it might be on the small side for a phone with a display that big. What’s interesting here is that Samsung and Microsoft have deepened their partnership to ready the 5G-enabled Note20 Ultra for the latter’s upcoming cloud gaming service Project xCloud. The report adds that the Xbox Game Pass will allow users to stream 90 games right on their phone. This exclusive deal is said to include specific under-the-hood optimizations for smoother gameplay over a low-latency 5G connection. All that sounds great in an ideal world, but the current state of 5G is far from ideal.

The Note20 Ultra is expected to be accompanied by a standard Note20, but no Plus model like the S20 line. We’ll find out about the new phones officially at the Galaxy Unpacked event scheduled for August 5, when Samsung will unveil a total of five devices under different categories.

Motorola Edge, unlocked for all US carriers, goes on pre-order starting at $500