Almost a year ago, Nintendo released Mario Kart Tour on Android, and the game clearly wasn't ready for prime time since it was missing a boatload of features, such as multiplayer and landscape support. Over the last eleven months, Nintendo has slowly improved the game, adding in a much-requested multiplayer feature this past March. Yesterday, Nintendo tweeted that the mobile kart racer would receive a landscape mode whenever the next update for the game dropped, which landed early this morning as version 2.4.0.

Nintendo was kind enough to create an English language trailer for the new landscape mode feature included in today's update. As you can see, you can now race in landscape, which lends itself well to two-handed play. You can even choose to let the game auto-rotate when racing, should you want to switch back and forth from landscape to portrait on the fly. Sadly the rest of the game is still displayed in portrait, which makes the addition of landscape racing feel as though it's a lazy half-measure. Luckily Nintendo has at least provided players with the option to move the controls to better support landscape play when racing, so you can easily toggle on an option where you steer on the left of the screen and use your items by tapping on the right. 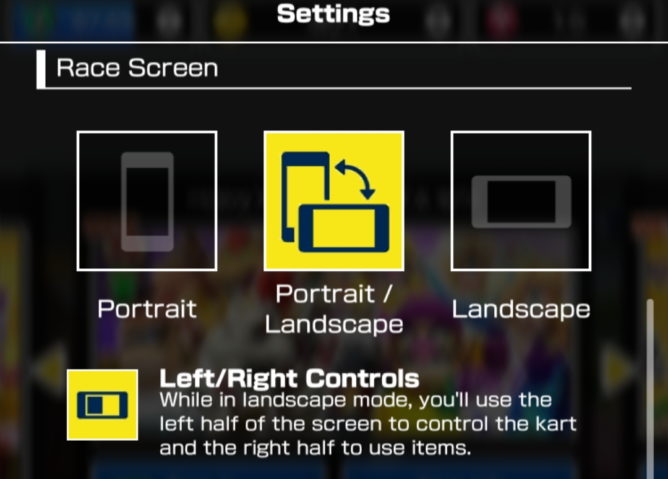 Besides the addition of landscape racing Nintendo has improved multiplayer support so that you can easily add your friends to a multiplayer room you have created. This should make it easy for friends to join each other, which is where the real fun of Mario Kart is to be found. As we all know, red-shelling your buddies right before they reach the finish line is the best feeling ever.

Of course, if you'd like to read the full changelog for Mario Kart Tour version 2.4.0, I've pasted it below for posterity.

WHAT'S NEW
・Added support for landscape orientation during races.
・Players may now invite their friends to a multiplayer room that they have created.
・Added support for different events. Further details, including the schedule, will be made available via upcoming in-game notifications.
・Adjusted the appearance of the main screen.

As you can see, landscape racing and expanded multiplayer support are the primary additions to land in the latest update for Mario Kart Tour. So if you'd like to check out version 2.4.0 for yourself, you can grab the install for Mario Kart Tour through the Play Store widget below.