Dark Sky may get to live on Android for an extra month until August 1, but after that, it's time to look for a new weather app. The competition is well aware of that and is bringing its applications up-to-par. As such, AccuWeather has been working on a full overhaul of its slightly dated app, featuring a new icon, more native code, an hourly minute-by-minute forecast front-and-center, and tons of customization options, including dark modes. The new app will roll out to the Play Store starting today.

If you're currently using the AccuWeather beta on the Play Store, these changes might not be new to you — many of them have been in testing for three months. When you first open the app, you'll be greeted by the redesigned logo and an introduction to the changes, walking you through everything. AccuWeather now relies on a bottom bar for navigation, giving you quick access to Today, Hourly, Daily, and Radars. On the home page, you'll find a prominently featured clock-like MinuteCast meter that'll show you local precipitation forecasts. That's a different take on hyper-local forecasts than Dark Sky, but it might be just as efficient. 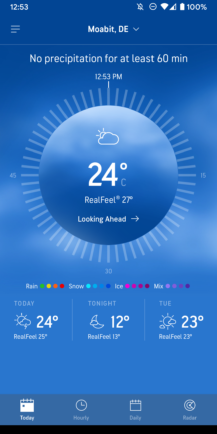 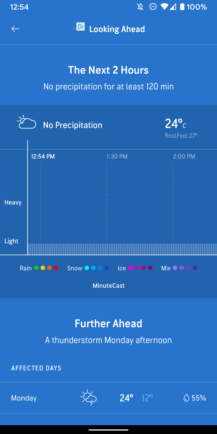 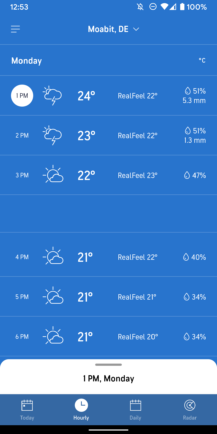 In the app's settings, you can choose the default light theme, a dark or a black mode, or have it follow the system theme. Unfortunately, the changes are only reflected in the hamburger menu, the location search interface, and the radar — the rest of the interface always follows the current weather conditions, so if the sun's out, the UI remains blue. It should go dark at night, though, no matter which theme you select. 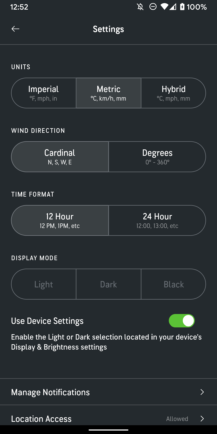 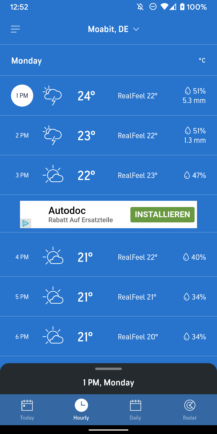 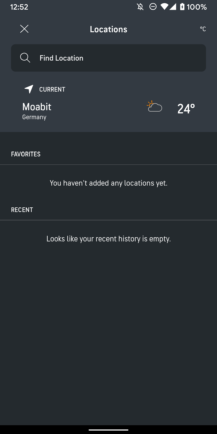 Dark mode remains pretty bright during the day in many parts of the app.

Not too much has changed compared to the already available beta builds — you can check out our hands-on for more details and screenshots.

The redesigned app is rolling out to the Play Store right now. If you want to get in on the changes as soon as possible, you can join the beta via this Play Store link or download it from APK Mirror. It offers a UI that's largely the same as the one that will come to the stable channel.

Weekend poll: Will you buy one of Google's upcoming Pixel phones?