I have to preface this with two warnings: For one, some functionality is locked away behind an IAP purchase of at least $5, including full cloud storage sync. For another, Autosync is extremely different from official solutions like the OneDrive sync utility for Mac and Windows. It works on a scheduled basis and compares all files available on your machine with those on your cloud storage on each run, so it's pretty intense on your battery and CPU, especially the bigger your cloud storage is.

The solution is really only good if you absolutely need offline files on your machine or don't have a lot of data in your cloud storage. If that doesn't apply to you, you might be better off switching to Google Drive or make do with whatever online interface your cloud storage offers

With that out of the way, Autosync is available for a multitude of cloud services, including OneDrive, Dropbox, Box, MEGA, Nextcloud, ownCloud, and even Google Drive. You can get individual apps for the service you need or a universal app for all of them, but the developers only recommend using the latter if you want to sync with multiple cloud providers, as the multi-sync application takes up more space and resources on your device. Select the app you need from the developer's Play Store website.

Personally, I wanted to synchronize my OneDrive storage with my Chromebook, so I'll guide you through the setup for Microsoft's service. Other than login, the process should be similar across all providers, though. 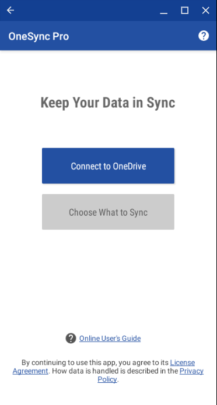 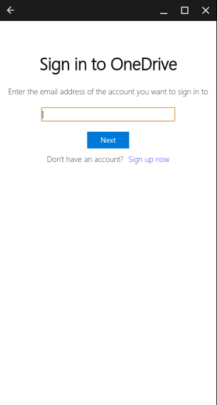 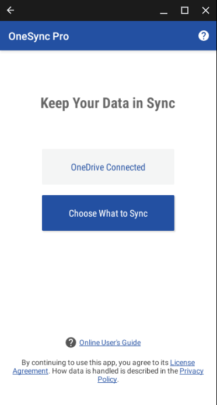 Once you've downloaded and first started the Autosync for OneDrive app (or another application for the service of your choice), you're greeted by a simple interface that asks you to connect to your OneDrive. Tap the button to do that and enter your Microsoft credentials like you usually would. Click the Choose What to Sync button next, which will prompt you to give the app access to your device storage. Grant it, and Autosync encourages you to create a test folder pair, but I'd go for a custom pair right away since the app recommends creating a folder in your Chromebook's Android subsystem. Click the Create my own folder pair link and create a folder in My files, which will allow you to save it to your machine's top-level storage. 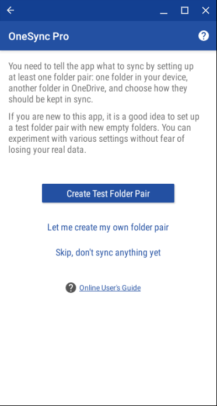 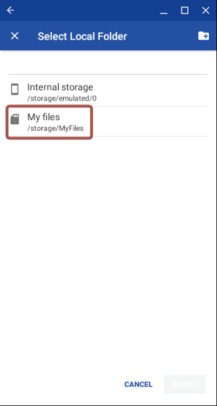 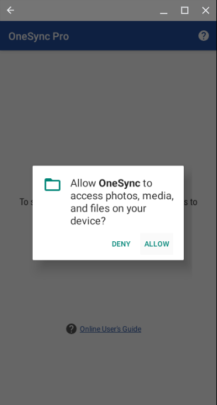 Once you've set up syncing, Autosync will monitor for changes and will automatically sync files you drop into your local folder or the synced cloud folder. If you're satisfied with the experience, you can tackle syncing your full OneDrive. To unlock that functionality, you first need to get a $5 IAP that will also eliminate the ads the application ships with. Head to the three-dot overflow menu in the top right corner of the app and click Upgrade to do that. You'll need the Pro tier.

Then, head to the Synced folders tab and click your test folder pair. Change the remote folder to sync your full cloud storage and create a local OneDrive folder to sync it to. Depending on the size of your cloud storage, the following sync might take quite some time, but once the initial sync is completed, Autosync will always make sure only to upload or download files you've changed. 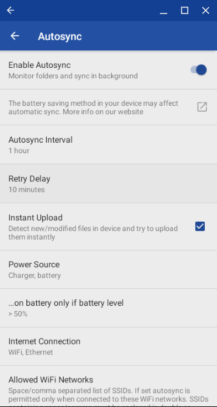 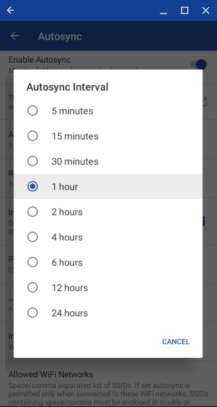 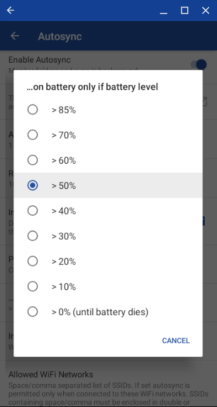 Depending on how important it is to keep your files up to date, you can change the sync interval and the battery-saving mode cutoff. Head to the three-dot overflow menu in the top right of the app, then Settings -> Autosync, and select your preferred sync interval. By default, it's set to one hour. You can also adjust the power saving option that hinders Autosync from running when your battery is below 50%. For what it's worth, the app will try to upload files you change on your Chromebook instantly, provided you're above the battery level threshold.

Since this syncing solution relies on a third-party Android app, it doesn't work quite as well as the official OneDrive desktop helper on Windows or macOS. It took the app a substantial amount of time to sync my 20GB drive, much longer than the official client would have taken on another OS. I also noticed that the process was rather intense on my Chromebook — it got hotter than usual, and Autosync remained among the top CPU users during the sync process.

It also takes Autosync quite some time to spot changes on my OneDrive. That's because the app has to go through every folder and file on your machine individually, comparing each to the copy available in your cloud storage. A scan of my 20GB drive takes almost seven minutes without any uploads or downloads. If you see yourself switching between your Chromebook and other machines quickly and routinely throughout the day, this might not be fast enough for you, especially if you have more files in your OneDrive storage than I have. 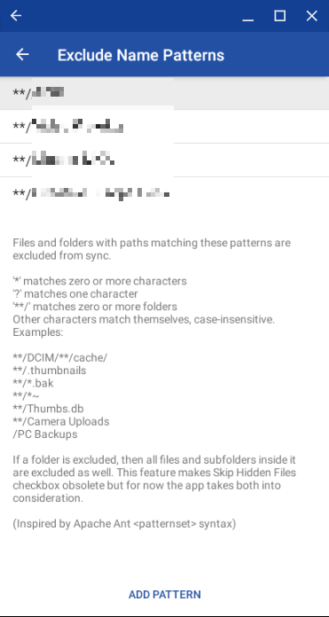 You can mitigate the issue a bit by excluding some files from syncing, like those old university documents you've just got in your cloud for backup. To do that, head to Autosync's three-dot overflow menu in the top right corner -> Settings -> Files and Folders -> Exclude Name Patterns. In there, you can specify which paths not to sync. This is not a perfect solution, but it can make a difference: I managed to get my sync time down to about three minutes by excluding some folders that I never touch anyway.

Due to Autosync's manual syncing method, you'll also have to watch out for duplicate files or conflicts. If you edited a file on another machine and Autosync hasn't synced it over to your Chromebook yet, you'll inevitably run into syncing conflicts when you work on the older version of that file on your Chrome OS device. 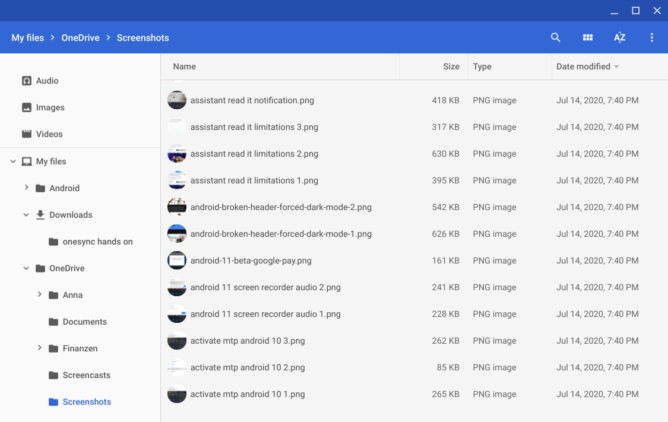 Synced files all look like they're brand-new, even if they were created a long time ago.

If a file's creation date is important to you, I have more bad news: All data will appear as newly created on your Chromebook. Files you change on your Chrome OS machine will also appear as new in your cloud storage, since the app replaces the older version of it.

While this is the most robust syncing method I found for third-party cloud services on Chromebooks, it's clear that it's extremely limited compared to official tools available on Windows, Mac, and Linux. But in the absence of proper software that isn't read-only, this is as close as you can get to third-party cloud storage integration on Chrome OS. You still have to be extremely aware of the limitations — in many cases, it might be easier to use your cloud storage provider's website and upload and download your data manually.

If you use your own Synology NAS or another service that relies on SMB file shares, there's a better solution than Autosync: You can natively mount your storage via the Chrome OS Files app. Our own Rita covered that in a separate tutorial.

If you decide to go for Autosync, head to the developer's Play Store site to pick the service you need. 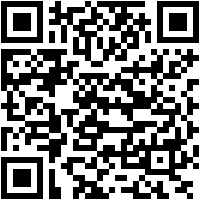 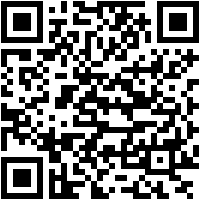 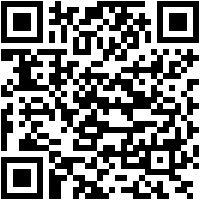 The best Photoshop alternatives for Chromebooks

Phone makers are breaking your favorite apps with reckless changes to Android's power ...