With the ROG Phone 3 set to be revealed in less than a week, it's not surprising that the pace of leaks is picking up. Our latest look at ASUS's upcoming gaming phone came courtesy of 91mobiles and noted leaker Ishan Agarwal, showing off renders of the back and sides of the phone. 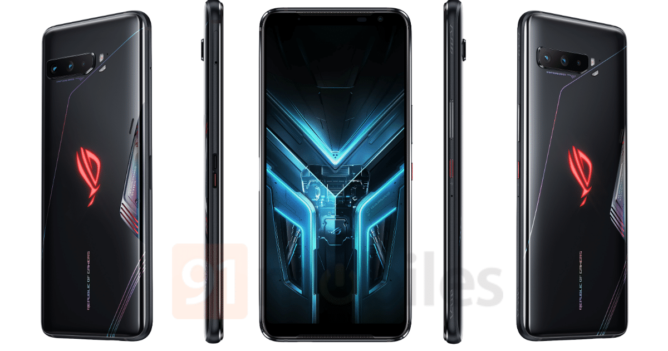 These renders a bit nicer than the previous photos that leaked courtesy of Chinese regulatory agency TENAA, and they corroborate what we saw later from MySmartPrice. On the back, the triple-camera configuration is clearly visible, together with what looks like a glowing Republic of Gamers logo, and what we assume is a vent for the phones presumably active cooling — though if history is any indicator, it might not actually do anything.

One side of the phone looks like it has the same sort of weird dual USB Type-C port the previous ROG Phone 2 sported. The opposite side has the expected power and volume controls, as well as markings that we have to assume indicate the location of the capacitive Air Triggers. Stereo front-facing speakers are also clearly visible, flanking the sides of the screen, plus a front-facing camera.

With just under a week left until the expected July 22nd announcement, we don't have long to wait until we hear more.

OnePlus Nord will have ultra-wide and macro cameras