Energy Notch (from the developer behind Energy Ring and Energy Bar) may only be a week old, but already the developer has added support for a handful of new phones. Folks with a OnePlus 6, OnePlus 7, OnePlus 7T, Xiaomi POCO F1, Redmi Note 7/S, or Motorola One Power can now get in on that notched battery indicator action.

In case you're unfamiliar, Energy Notch gives you a battery indicator that wraps around the notched portion of the display, with plenty of customization when it comes to things like colors, thickness, and the direction of movement.

A charging animation for Energy Notch on the OnePlus 6T.

According to the app's most recent changelog, support for the new phones was delivered remotely, though an app update has also rolled out with a fix for the link included when you share the app via the in-app menu.

As before, the developer encourages folks with as-yet-unsupported notched phones to reach out via email if they'd like to help expand support. 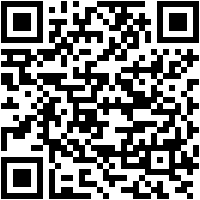 OnePlus Nord will have ultra-wide and macro cameras