Cloudflare is one of the largest internet infrastructure companies on the planet, and its DDoS mitigation and DNS services are incredibly popular. Unfortunately, Cloudflare's servers had a critical outage, leaving thousands of websites and services non-functional for a brief time.

Cloudflare said an issue "with Cloudflare Resolver and our edge network" was the cause for countless websites going offline earlier today, including Discord, Patreon, GitLab, Medium, Zendesk, and even Downdetector. You know it's bad when Downdetector doesn't even work. 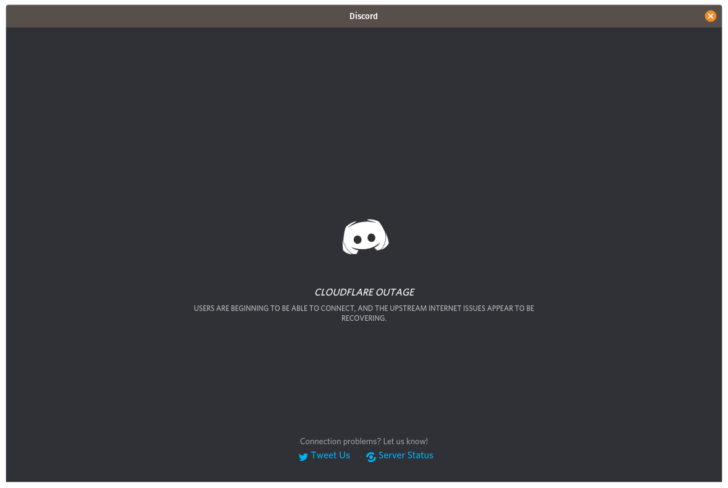 Thankfully, services are starting to come back online. Cloudflare says, "the issue has been identified and a fix is being implemented," so any remaining issues should work themselves out soon.

Cloudflare has released a statement on its blog explaining that a configuration error caused the 27-minute long outage. The issue started when the connection between company's data centers in Newark and Chicago failed, which led to data congestion in Cloudflare's Atlanta and Washington, DC centers.

While the outage certainly wasn't great, and it highlights the problems a more centralized internet can have, it's good to know the downtime wasn't the result of an attack or security breach.

15 new and notable Android apps from the last two weeks including MyWallApp, Energy Notch, and ...