Dropbox has finally fessed up to beta testing a new password manager app. That's just one of several service improvements it announced today that will enhance ease of use and security. But the one that takes the cake today is the ability to sync selected folders from the desktop.

This is probably biggest value-add for the platform we've seen in years: expanding automated desktop syncing away from just the designated Dropbox folder. Users can select which folders on their drive they want to sync through the Dropbox app. After so much pent-up demand, it's a welcome sight for sore eyes. Folder backups are in beta, but are accessible to all users right now through the Backups tab in the Preferences menu — click on Manage backup to start ticking checkboxes for folders. 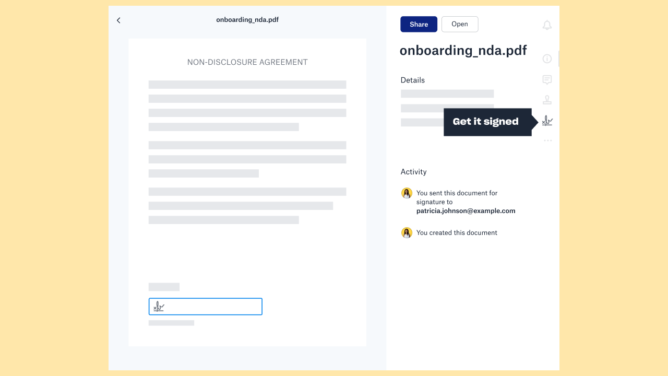 There are plenty of new toys we've yet to cover, including: a PIN-protected section called Vault with delegated access for trusted contacts, available in private beta for Dropbox Plus users; Family plans rolling out in the coming months that let up to six people share a single 2TB account (and a single bill) while also letting each member use shared and private spaces; over the next few weeks, a full integration with company subsidiary HelloSign to let users sign documents from within Dropbox, and; a new App Center for integrations with other third-party services like Slack and Zoom.

Dropbox is in catch-up mode with a lot of these moves, but it's better late than never for the people attached to the platform.

Dropbox has started to invite users to sign up for family plans, at a rate of $203.88/year. You get 2TB of cloud storage, and up to six people get their own separate accounts (with the option to create shared directories).

That's twice as expensive as the 2TB Google One plan (which can be shared with up to five other people), which costs $99.99/year. The Microsoft 365 Family subscription is also $99.99/year and comes with 1TB of storage per person (up to 6TB in total), plus access to the desktop and mobile Office applications. Dropbox's option doesn't appear to be incredibly compelling, unless Dropbox has features you need that aren't available from the competition.