UltraDart is clearly a rebranded version of its sibling's solution and uses the same underlying principles to pump out 6.25A at 20V. The SuperDart successor can charge a phone with a 4,000mAh battery to 33 percent in just 3 minutes, and matches Oppo’s claim of a full charge in as little as 20 minutes. 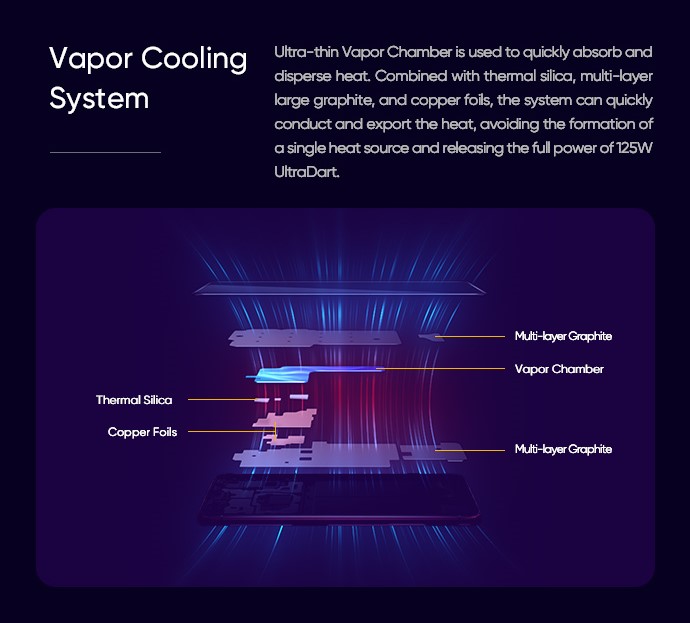 When an adapter is pushing so many watts into your smartphone, it becomes increasingly important to keep heat generation and dissipation in check on both ends. Realme plans to use a combination of 14 temperature sensors and a vapor chamber inside the phone to keep the temperature under 40 degrees by dynamically adjusting the incoming current. This dynamism also makes the charging tech backward compatible and suitable for juicing up laptops. Without this heat management system, Realme says that it could bring the overall time for a full charge down to just 10-13 minutes, but these safety measures are necessary at the moment.

Pushing the boundaes in the 100W and above space gives the existing tech a chance to become more efficient and for adapters to be developed that are even more compact. Realme is doing exactly that with its upcoming 50W and 65W UltraDart bricks with slimmer profiles. Meanwhile, OnePlus is reportedly planning to introduce its own 65W charging solution, which would likely also be based on Oppo’s SuperVOOC platform.