The new Moto 360 smartwatch (which isn't made by Motorola) with Google's Wear OS was nearly impossible to recommend when it was first released, mostly because it was priced at $350. That was an absurd cost, especially when Fossil's Gen 5 watches are around $250, but now the 360 has dropped to a much more reasonable $199.99 at multiple retailers.

The third-generation Moto 360 has nearly identical hardware to Fossil's Gen 5 smartwatches, including a Snapdragon Wear 3100 processor, 1GB RAM, 8GB storage, 3ATM water resistance, NFC support for Google Pay, and built-in Wi-Fi. The steel model looks very similar to the original Huawei Watch, though the Moto 360 has a black bezel around the screen, while the Huawei Watch did not. 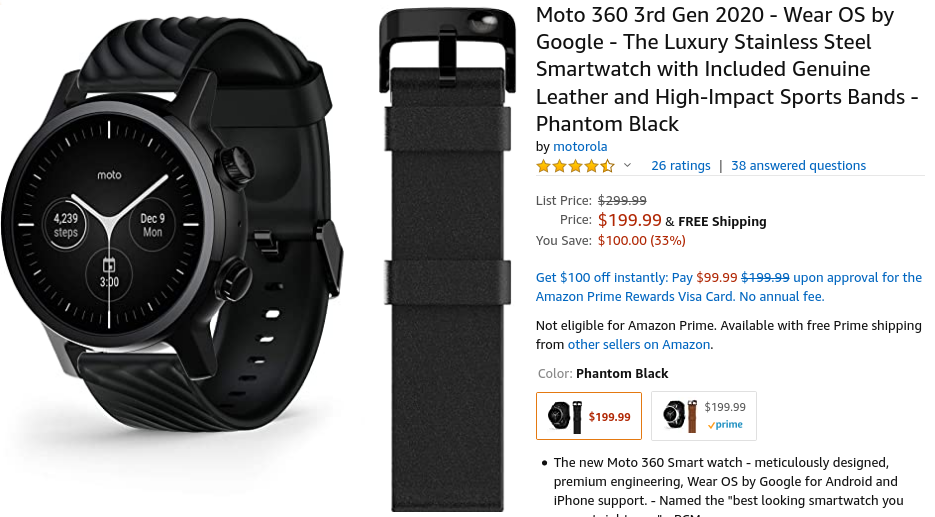 You can find our full review of the watch here, but keep in mind the main issue at the time was the high price tag, which is less of a problem now. The watch is on sale at Amazon, B&H Photo, and the official Moto 360 website.