Mozilla has been working on a VPN for a long time, first experimenting with such a service in 2018. But lately, there's been more movement. The company has been beta-testing its latest take on virtual networks since last year, with an Android app available since early 2020. Today, Mozilla has announced that it's officially launching the paid service in a few countries.

The VPN is available for anyone interested living in the United States, Canada, the United Kingdom, Singapore, Malaysia, and New Zealand, with plans to expand to more markets this fall. Its $4.99-a-month subscription gives you up to five simultaneous connections, servers in 30+ countries, and Mozilla promises that it won't log or sell your browsing behavior.

In contrast to many other VPNs, the service isn't based on OpenVPN or IPsec but on the relatively new WireGuard, which promises faster speeds due to its more efficient code. Mozilla wants to make the app as approachable as possible, giving users who are new to VPNs one simple toggle to turn it on or off without having to dive into settings. 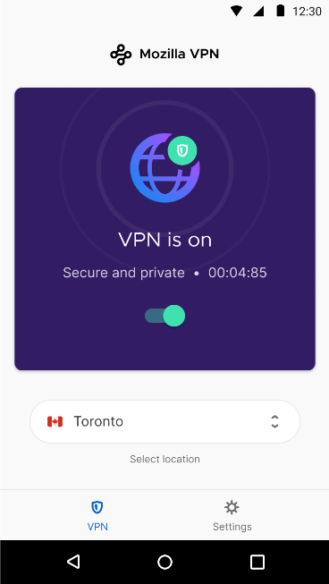 You can download the Mozilla VPN for Windows from the company's website or for Android from the Play Store and APK Mirror. It's currently still named Firefox Private Network VPN, but the app will be renamed to Mozilla VPN later this week. The VPN is also available on Chrome OS and iOS. Mac and Linux apps are "coming soon."

Next stop for Google Fiber expansion is Millcreek, Utah