Looking to capitalize on the burgeoning noise-canceling Bluetooth headphone market, Microsoft launched its first Surface Headphones in late 2018. They had a lot going for them: a unique aesthetic, good sound quality, and handy dials to adjust volume and ANC. They struggled to get their footing in an increasingly crowded market, though, due in no small part to their $350 price tag. The second generation is available now, and it's largely unchanged from the first — but key under-the-hood changes and a significantly lower price make them a much more appealing package than their predecessor. 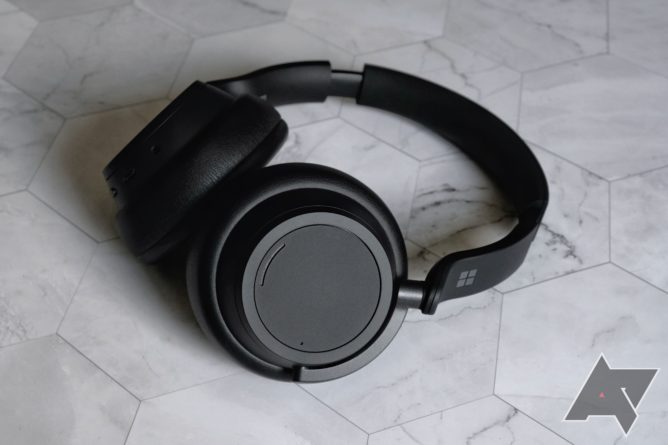 The Surface team designs some really pretty hardware, and it had a winner in 2018's Surface Headphones. Microsoft knew better than to fiddle with the look: the Surface Headphones 2 are visually identical to their progenitor — although the second generation is available in a new, stealthy matte black finish, in addition to the same gray as the originals. They're very stylish in a minimalist sort of way, with clean lines and sharp edges. The circular earcups are fitted with dials that control volume and noise cancellation levels.

Those dials are great. They rotate smoothly and the resistance is perfectly tuned, lending a very satisfying tactile element not usually found in high-tech gadgets. It may seem silly to gush about what looks like such a minor detail, but little things can make or break the experience of using a product, and the Surface Headphones 2 get a lot of the little things right.

Dials aside, the rest of the hardware is nice too. I could do with a touch more padding on the headband, but the earcups are plush and pillowy, and the tension on the band keeps the headphones firmly in place without making them feel tight. There are just two buttons, both on the right earcup: power/pairing and a conference call-friendly mic mute button (they're thankfully different shapes, which makes distinguishing between them easier). Media playback is controlled by taps on the touch-sensitive outer surfaces of the cups. 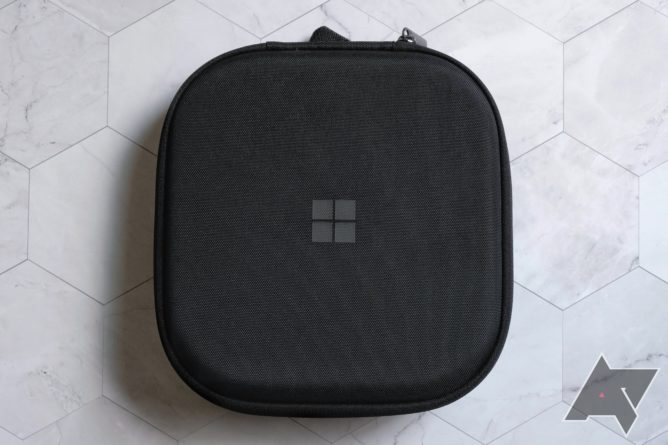 You've got the typical headphone accessories in the box: a USB-A-to-USB-C charging cable, a 3.5-millimeter auxiliary cable, and a hard carrying case. The case is canvas rather than the usual faux leather — which might not present as premium, necessarily, but it should weather travel wear and tear better, and I like the look of it.

The Surface Headphones 2 use the same 40-millimeter drivers as the first generation, and audio quality remains unchanged. That's hardly a bad thing: sound is robust and satisfying, with a very neutral profile by default — something many listeners prize.

Personally, I prefer a slightly warmer sound over clinical accuracy in my headphones, and fortunately, the Surface Audio app allows for that. You can tune the response to your liking, both with genre presets and manual manipulation of individual frequency sliders. And the headphones get loud. Sound gets a little warped when you crank the volume, but considering sustained listening at 80 percent or higher starts to feel like imminent hearing damage, the distortion isn't something I ran into often.

Call quality is great — as good as I've experienced in headphones. In my home office, callers couldn't tell I was using a headset at all.

Microsoft added support for aptX, something the original Surface Headphones lacked, which is a boon for Android users. There's no AAC, though; if you're using the Surface Headphones 2 with a device that doesn't support aptX, they'll revert to SBC — which, broadly speaking, means lower audio quality. If you plan on listening with an iPhone or iPad, neither of which support aptX, these might not be for you.

Noise canceling is another highlight. Switching back and forth between the Surface Headphones 2 and the Bose 700, it's apparent Microsoft's ANC still isn't as strong as the top players in the space. But with a less critical ear, it's really good: low hums like domestic HVAC practically disappear, and distractions like voices are dampened significantly.

If you want to block out less of the world, you can turn the dial on the left earcup to tune the noise canceling down — a beep will let you know when you've turned ANC off completely. You can twist a little farther to turn on audio pass-through. There's a very faint hiss with noise canceling on, but it's not nearly as pronounced as in the Razer Opus headphones I'm coming from. 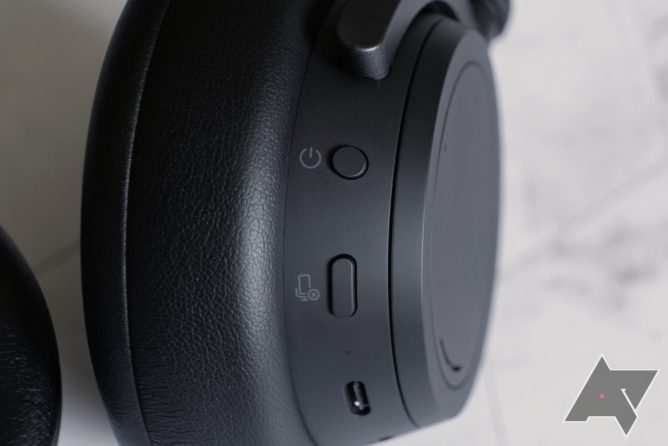 There's also multi-point pairing, which lets you connect to two audio sources at once and switch between them seamlessly. That means, for example, you could be watching a video on your laptop and take an incoming call on your phone without futzing with any settings on either device. It's a great feature — one even some more expensive headphones like the well-loved Sony WH-1000XM3 lack.

Microsoft's first Surface Headphones featured always-on hotword listening for Cortana, the company's voice assistant. That feature has been nixed in this updated version. That's surely a blow to Cortana's several dozen devoted users, but I suspect it won't matter much to most buyers. You can still access your voice assistant of choice by tapping and holding on either earcup.

That prior generation also had poor battery life for over-ear headphones, with a rated playback time of just 15 hours. Due in part to dropping hotword detection, this new version manages to eke out an additional five hours per charge with ANC on. Twenty hours between top-ups is certainly serviceable — and comparable to the much-pricier Bose 700 — but the Sony WH-1000XM3 can crank out 30.

Another power-related niggle: not all chargers will top up the Surface Headphones 2. My OnePlus charger doesn't give them any juice at all — which is strange, since it charges all my other headphones and earbuds just fine.

Yes. In a market where tech companies are expected to pretend they've revolutionized the entire industry every year, I can't help but admire Microsoft's tack here. This is an incremental upgrade if ever there was one, and there's no attempt to hide it: the Surface Headphones 2 sound and look exactly the same as the first generation, because that generation already sounded and looked great. It wasn't broke, and Microsoft didn't try to fix it.

But aptX and Bluetooth 5.0 compatibility, a bump in battery life, and a fresh colorway add value over the old Surface Headphones. And the best part: these cost a hundred bucks less than the previous version. That's huge. At $350, the first Surface Headphones were trounced by the heavyweights of the product segment, but the second generation is killing it as a $250 middleweight. They're so good for the price, in fact, that we're giving them our Most Wanted award. 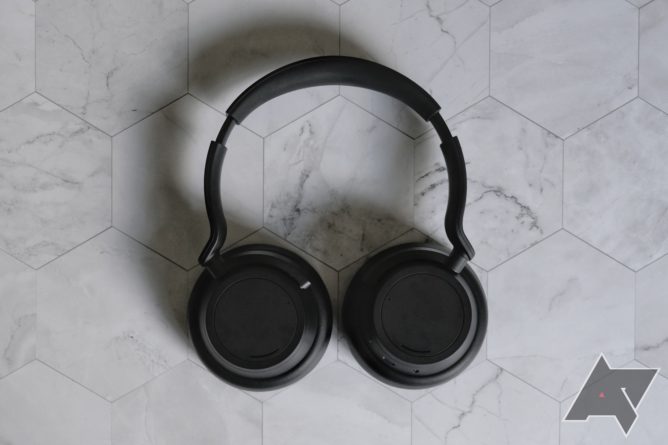 How to sideload any application on Sony smart TVs