If you watch the trailer above, you'll see that Soda Dungeon 2 offers a quirky sense of humor, as well as tons of loot to collect and numerous baddies to defeat. As you would expect, Soda Dungeon 2 offers a similar experience to the original Soda Dungeon, and so it will be your job to entice would-be adventurers with your sweet soda in order to get them to do your bidding by collecting loot in the game's never-ending dungeons. This loot can then be used to upgrade your soda tavern, in a never-ending cycle of idle-based gameplay where growing numbers is the only important metric. This is probably why the game supports AFK (away from keyboard) gameplay, where you can earn battle credits anytime you're away from the game.

Unsurprisingly Soda Dungeon 2 is a free-to-play release, and so it contains advertisements as well as in-app purchases that just so happen to range up to $49.99 per item. This appears to be the same monetization system found in the original title, so if you enjoyed the first game, then you should have no problem with the early access release for Soda Dungeon 2.

As I stated at the beginning of the article, Soda Dungeon 2 is slated for an official release across many platforms (PC, iOS, and Android) on July 9th, so it's looking like Android users have got in on the ground floor thanks to the early access listing on the Play Store. So if you're a big fan of idle RPGs, or would simply like to take a quick look at Soda Dungeon 2 before its official release, you can grab the game from the Play Store widget at the bottom of the page.

Soda Dungeon 2 coming to Steam and mobile on July 9th

The sequel to a beloved turn-based dungeon crawler is also OUT NOW, via Google Play Early Access

27 MAY 2020 - Developer Afro-Ninja Productions and publisher Armor Game Studios are delighted to reveal a launch date for Soda Dungeon 2, the outlandish sequel to the original game, on Steam, iOS and Android. The announcement comes alongside a brand-new trailer for the game.

Soda Dungeon 2 will launch on all platforms for free on July 9th. However, players can crack open a cold one and enjoy the game immediately today on Android, via Google Play Early Access.

Like the original, Soda Dungeon 2 is a turn-based dungeon crawler, which sees players recruiting a team of intrepid adventurers to raid dungeons on their behalf. Using the loot found during each sojourn in the dungeon, players will build up their town, attract better adventurers and explore increasingly brutal areas of the dungeon and the cast of bosses within.

Building off the success of the original, Soda Dungeon 2 pops players into another witty, laid-back adventure featuring bigger, badder bosses and the brand of humour players have come to expect from the series. With a striking art-style and a gameplay hook that won't let you go, Soda Dungeon 2 is an RPG that newcomers and veterans alike will guzzle down.

Shawn Tanner, lead programmer on the title, said: "I’m incredibly excited to release Soda Dungeon 2! The level of care and attention we’ve put into this game surpasses anything I’ve ever worked on. I think we were really able to deliver everything players have asked for and we have so much more planned after launch."

Soda Dungeon 2 launches on PC via Steam, iOS, and Android on July 9th and will be free to play. You can also play it today on Android via Google Play Early Access!

Everyone’s favorite laid-back dungeon crawler returns in Soda Dungeon 2. Featuring a new adventure, a whole town to upgrade, crafting, new classes, alternate dimensions, and more! It’s everything you loved about the original plus all the stuff you’ve been asking for.

>From its roots as a popular portal for online gaming, Armor Games Studios is a publisher that aims to work directly with and help foster talented indie developers to create unique and engaging games of all types for all platforms. For more information, visit www.armorgamesstudios.com, and follow the company on Twitter @ArmorGameStudio.

The original Soda Dungeon is quite a popular idle dungeon crawler, and so it's no surprise to see the sequel finally arrive on Android, iOS, and Steam today. After all, we already knew the game would be launched on July 9th, but it's always nice to see a developer that can stick to a release date. While interested parties have already had two months to check out the game, thanks to its early access on Android, I suppose the fact that it's officially available today means the game should be in a good state for the masses to enjoy.

Of course, this is a free-to-play release, and so it contains in-app purchases that range up to $49.99 per item, just like the previous game in the series. So as far as monetization is concerned, there should be no surprises here, at least for seasoned fans. So if you'd like to pick up Soda Dungeon 2 today, you can do so through the Play Store widget below. 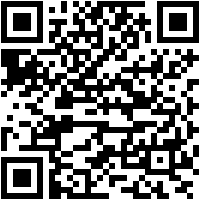