According to a recent report from App Annie, app use is up an incredible 40% year-over-year in Q2, driven in no doubt due to the ongoing pandemic. Between needing more apps for better work-from-home workflows and boredom from simply being stuck at home, the time we're spending using apps reached an all-time high of 200 billion hours during April, making last quarter the biggest yet for both app use, downloads, and consumer spending.

For anyone that isn't aware (since it is a weird name), App Annie does mobile analytics, and its work when it comes to apps distributed on Google's Play Store is pretty excellent. We regularly rely on its extensive per-app analytics for our work here at Android Police, and we trust the company's numbers on that subject implicitly. 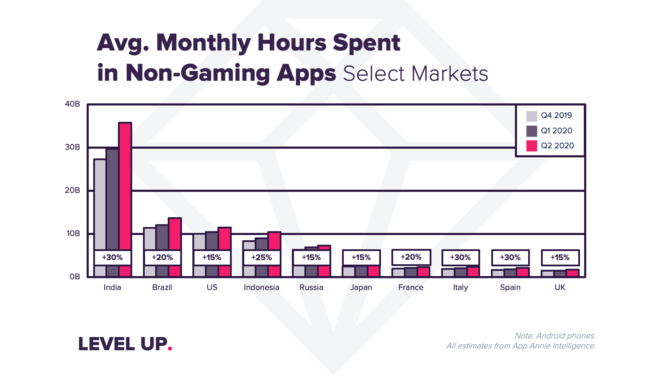 India, Brazil, and Indonesia were the biggest drivers of growth in the last quarter on the Play Store, with India seeing 35% growth compared to Q4 2019. But already saturated markets like the US are even up 15% for that same period, indicating general app use is up overall. When it comes to spending, the Play Store is up 25% year-over-year as well, much of that due to growth with in-app subscriptions, and mostly from the US, Japan, and South Korea.

Taking that into account, we can almost certainly point to the ongoing pandemic as the major driver behind this growth. Social distancing measures have us using apps to communicate more, and working from home means downloading extra apps for things like conferencing and productivity — not to mention entertainment for the months we were all stuck indoors with nothing to do. 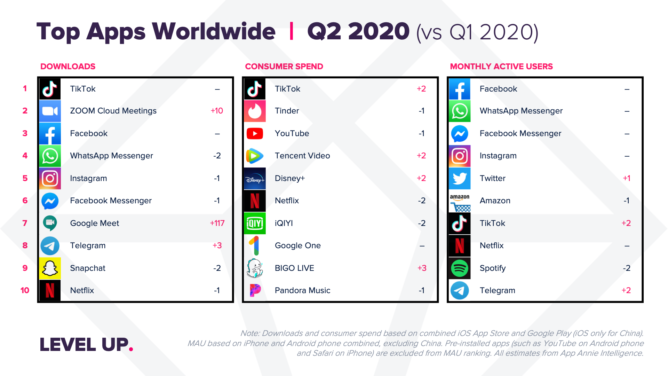 That's reflected on a per-category level as well; much of this growth in downloads the Play Store came from games, though other categories like Business, Health & Fitness, and Education also saw strong quarter-over-quarter growth. When it comes to productivity, App Annie specifically called out tools like Zoom, Google Meet, and Google Classroom as seeing strong adoption.

When it comes to spending, though (which saw a record 27 billion last quarter), most of the growth came from the Games, Social, and Entertainment categories, with successes specifically with services like Disney+, Twitch, and TikTok. 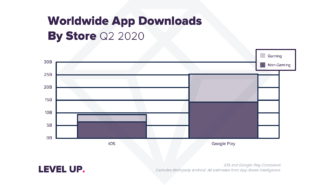 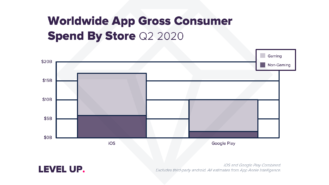 Your yearly reminder that downloads =/= spending.

Developers don't have it easy, though. Although customers downloaded almost 35 billion new apps last quarter alone, App Annie predicts that they'll need to work hard to maintain this momentum as restrictions ease up.

For more information, you can read App Annie's full report by clicking through at the source link below.

Android 10 has been the most quickly adopted Android update ever