Almost every detail about Xiaomi's upcoming budget Android TV device, the Mi TV Stick, has already been leaked in one way or another. The hardware was confirmed by Google earlier this month, but now the stick has been approved by the United States FCC, and a listing for it has appeared on Xiaomi's own Portuguese store.

Xiaomi's Portugal store now has a listing for the Mi TV Stick, which confirms the previously-leaked hardware specifications and product design. As suspected, it will have a quad-core Cortex A53 processor (Google's Play Store device catalog says it's a 1.2GHz Amlogic AMLS805Y) with 1GB RAM and 8GB of internal storage. 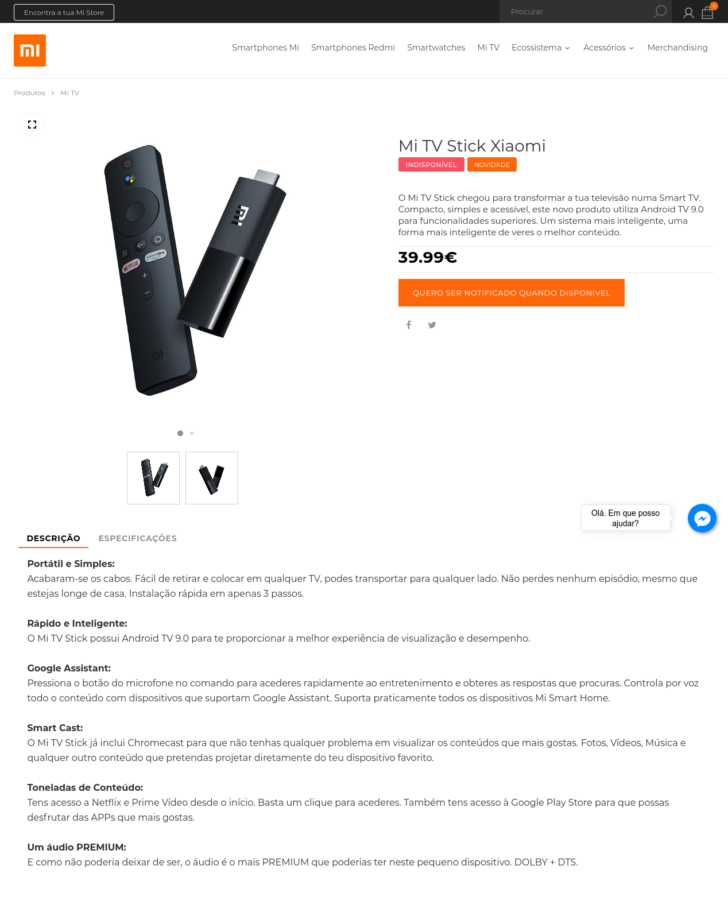 The store listing also confirms it will use microUSB for charging, and will support Bluetooth 4.2 and 802.11 a/b/g/n/ac Wi-Fi (a.k.a. Wi-Fi 5). Definitely not high-end hardware — Google's 'Sabrina' Android TV dongle will offer better hardware, according to rumors. Most notably, the Mi TV Stick won't support 4K at all.

Portable and Simple:
No more cables. Easy to remove and place on any TV, you can carry it anywhere. You don't miss an episode, even if you're away from home. Quick installation in just 3 steps.

Fast and Smart:
The Mi TV Stick features Android TV 9.0 to give you the best viewing and performance experience.

Google Assistant:
Press the microphone button on the remote to quickly access entertainment and get the answers you’re looking for. Voice control all content with devices that support Google Assistant. Supports virtually all Mi Smart Home devices.

Smart Cast:
The Mi TV Stick already includes Chromecast so you will have no problem viewing the content you like best. Photos, Videos, Music and any other content you want to project directly from your favorite device.

A PREMIUM audio:
And of course, the audio is the most PREMIUM you could have on this little device. DOLBY + DTS.

What we didn't know before was official pricing, but the stick is listed for 39.99 Euro (~$45). By comparison, the current-gen Xiaomi Mi Box S costs 69.99€ on the same store, while the Mi Box S was originally priced at $59.99 in America. We can probably assume the Mi TV Stick will be priced in the $40-50 range once it arrives in the United States. The Mi Box S has also frequently been on sale, so the typical price could be even cheaper. 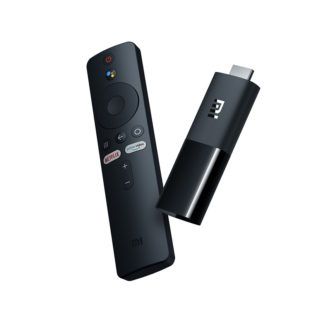 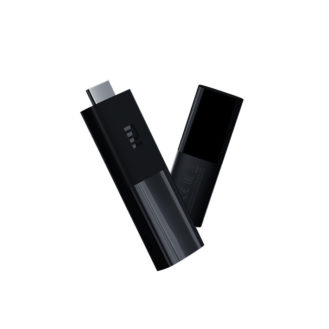 Meanwhile, the Mi TV Stick has been approved by the FCC, and certification documents about the device are now available online. Since details about the Bluetooth/Wi-Fi support were already known, there's nothing too juicy besides the single image in the label document.