WhatsApp is one of the most popular messaging apps in the world, and it's only been getting more feature-rich thanks to recent updates like profile sharing via QR codes and animated stickers in chats. But the company isn't neglecting the basics either, and it's now adding a dark mode for the desktop and web. The rollout has started and will continue over the next couple of weeks.

Announced on July 1 alongside a host of other new features, dark mode is coming to save your retinas on Whatsapp's desktop and web apps. The company shared a screenshot of the new look that shows off a black and gray interface punctuated with dark green accents that pair nicely with the more muted background colors. 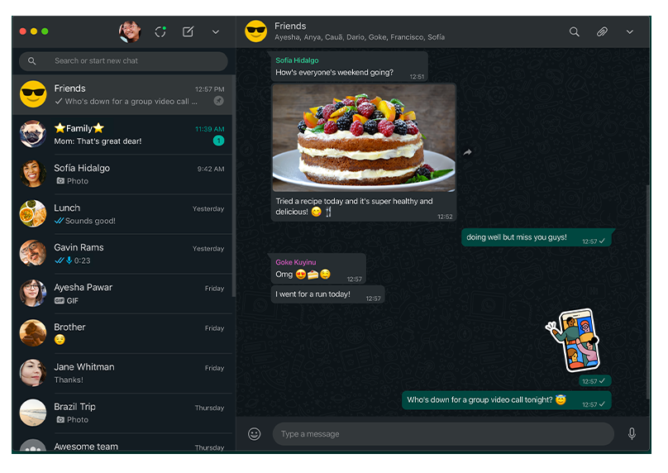 And now the theme toggle is live for some users on web.whatsapp.com. Our own Rita got it this morning on v2.2027.10 of the website. When activated, it looks exactly like the screenshot above, and similar to the Android version. 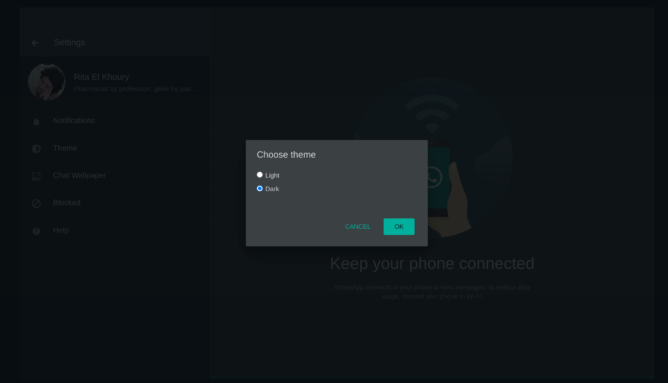 We began getting the first hints of a dark mode in the Android app last year, but that didn't finish rolling out to all users until just a few months ago. Hopefully the desktop dark mode won't take quite that long to show up for everyone.

This post has been updated to include information of the dark mode rolling out in v2.2027.10 of the web app.