Thanks to a since-deleted tweet by reliable leaker Ishan Agarwal, we now know when the OnePlus Nord will be unveiled. It's going to be a digital event with an AR experience appended to it and will apparently take play on July 21, a little later than previously rumored.

It's unclear whether Agarwal was asked to promote the event but accidentally tweeted the information too early, or if this was an intentional move to build hype — anything's possible when it comes to OnePlus. Luckily, someone at XDA Developers was able to screenshot the tweet before it was removed (below) and @smasithick also preserved its contents. 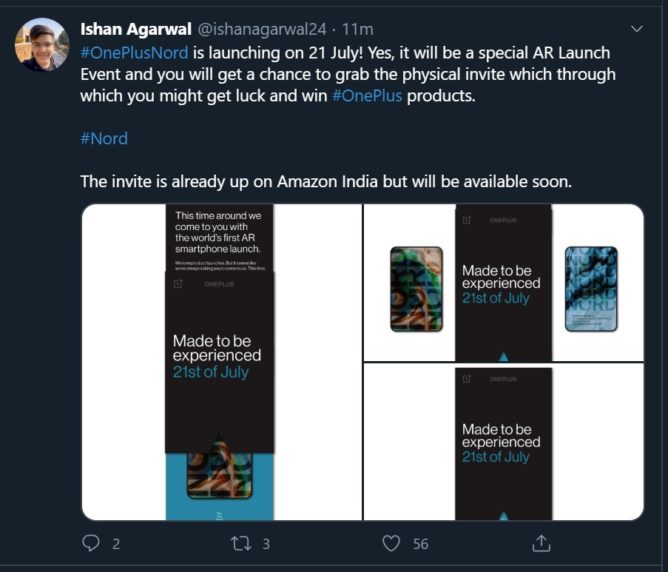 A physical invite in the attached images notes that the OnePlus Nord is "Made to be experienced 21st of July" with the "world's first AR smartphone launch." The URL nord.oneplus.com/NordAR is also shared, so that's where the AR reveal will be accessed. OnePlus has been building hype for the new phone for what seems like forever now, so it's good to have a probable date for the unveiling. By the time it finally does arrive, we'll likely know almost all there is to know about the affordable handset. It's going to cost less than $500, be 5G enabled, and be released primarily in India and Europe with only limited quantities reaching the US as part of a special beta program.

Google Chrome is working on biometric authentication for payment autofill