If you use Google Docs, Sheets, and/or Slides, you're overdue for a big treat. Dark themes for those apps are now rolling out... but that roll out might take longer than you'd like.

We saw an early peek of how the dark theme would look through app teardown screenshots a couple of weeks ago and it appears that the implementation remains more or less intact for the public launch. 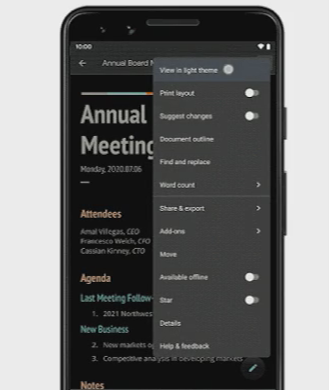 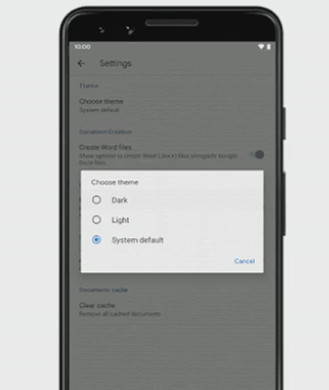 Dark theming treats text and other design elements in documents faithfully minus the inversion of brighter colors for darker ones in most cases. It's turned on by default, set to align with the user's system dark theme settings. Users can adjust this on the app level, though, by going into their app's settings menu and selecting the Choose theme item or even in the editing view by tapping on the overflow icon and hitting View in light/dark theme.

All Android users will be getting this theming eventually — Google says on its G Suite blog that it may take longer than the usual 15 days to roll out completely. If you're on iOS, though, you're left in the lurch for a while longer.