A few months ago, we spotted Chrome working on Windows Hello integration for payment autofill authentication, sparing you from digging out your physical card to enter your CVC over and over. We've now found out that Windows isn't the only place where Google wants to make access to payment cards easier and more tightly integrated. The company is also working on system-wide authentication for Android (and possibly Chrome OS, Linux, and macOS). Sadly, the feature isn't fully live on any iteration of Chrome for Android yet.

The option to enable the system authentication prompts is hidden behind the chrome://flags/#enable-autofill-credit-card-authentication flag. When you toggle it on Android, you'll see a new option in Settings -> Payment methods called Screen lock. The description makes clear what it's for: "Use screen lock to confirm cards faster." When toggled on, we get to see an additional checkbox when autofilling credit card information, saying, "Use screen lock to confirm cards from now on" after entering your CVC one more time. However, no matter which version of Chrome you use (Stable, Beta, Dev, Canary), it's impossible to get this screen lock prompt to show up, even after ticking the checkbox. 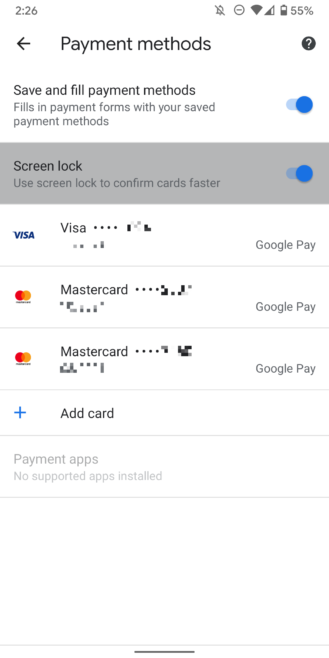 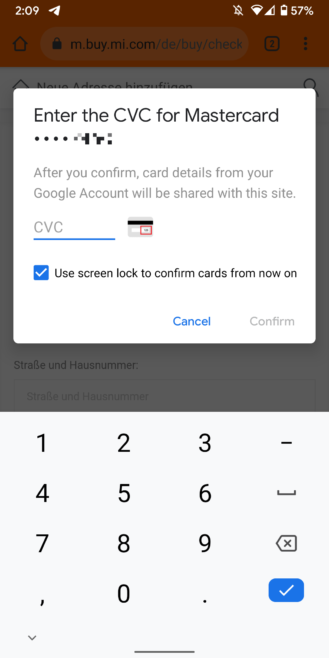 This setting should even make it easier to authenticate yourself on phones without biometric unlock options, as the language specifically revolves around "screen lock," not "biometric unlock" — a step that makes virtually all modern Android phones out there compatible that also work with Google Pay. We assume that the authentication methods between these two are related.

On macOS and Chrome OS, we haven't found any further UI changes after we enabled the flag, so the company is likely still in earlier stages for these platforms.

As with any feature that we find in Chrome's flags, there's no guarantee that it will ship. Google might decide to change it substantially or scrap it altogether. However, with UI elements already in place on two different operating systems, it does look like we might soon be able to authenticate our cards without digging out the physical CVC.