LG has now released the Stylo 6, and equipped it with a truly massive 6.8-inch display, Android 10, and the same capacitive stylus (versus the digitizer stylus on Samsung's Notes) as usual. However, the latest entry is a much weaker product than the Stylo 5 was, probably in large part because of a decision to go with a MediaTek chipset versus the Snapdragon the last version was equipped with (read: this phone is slow). This is the largest phone sold by a carrier in the USA today.

The screen is a 6.8-inch (diagonal) 2460x1080 IPS LCD, with decent enough colors and contrast for a budget device. There is a shadow effect around the camera notch, but every phone with an LCD screen and a camera cutout has the same issue to varying degrees. Speaking of the camera notch, it's definitely on the larger side, but I'm not too worried about lost screen space with a display this massive.

The Stylo 6 follows an aggravating trend in budget phones by using a textured plastic to emulate the look and feel of glass. This glossy finish makes the rear case a magnet for fingerprints and smudges. The edges of the phone also have this same texture, making the phone rather slippery. As comically large as the Stylo 6 already is, buying a case that provides more grip is probably a good idea. The Stylo's fingerprint sensor generally didn't have issues reading for me, but it's placed so high up on the phone that I sometimes had to reposition my hand to reach it. 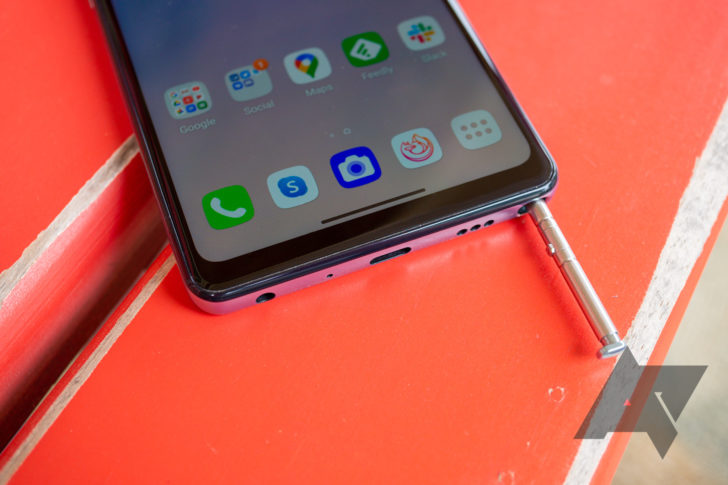 The power button is on the right edge of the Stylo 6, while the left side has volume controls, a combination microSD and SIM card slot, and a dedicated Google Assistant button. Unfortunately, while you can disable the Assistant button if you want, there is no way to re-map it to perform other functions. Google Assistant is already easy enough to open from the navigation bar, so it would have been nice to use the button for opening apps, controlling music playback, or as a shutter key for the camera.

On the bottom of the Stylo 6 you'l find a single speaker, a USB Type-C port for charging, a headphone jack (take that, Galaxy S20), and the all-important stylus. Unlike last year's Stylo 5, the stylus is now spring-loaded (fancy!) like the Galaxy Note's, so pushing the end with your finger will pop it right on out. This is a genuine improvement, and it's kind of baffling that it took LG this long to do it, though my fingernails are nonetheless thankful.

The Stylo's stylus is still capacitive, meaning there are no internal electronics for palm rejection, pressure sensitivity, and other features you might find on Galaxy Note phones. It's just a simple metal pen with a ballpoint tip.

In the box, you get the Stylo 6, a wall adapter, a USB Type-C cable, and various instruction manuals. The included power brick is labelled as 'Fast Charge,' but in my testing, the charging speed seemed to max out at 9W. LG says the Stylo 6 works with MediaTek's "PumpExpress 2.0" charging standard, which isn't nearly as popular as USB Power Delivery or Qualcomm Quick Charge, so there aren't as many adapters and batteries that support the technology. I was able to reach the same 9W speed with my Qualcomm QuickCharge accessories, though.

Last year's Stylo 5 was equipped with a Snapdragon 450 processor, which certainly wasn't the fastest chip in the world, but it was enough to provide a good experience with most apps. This year, LG has switched to a MediaTek Helio P35 processor, which is supposedly faster than the SD450 on paper, but we know that means basically nothing with a MediaTek chip. But be it the switch in chipset manufacturer or LG's software optimization (or both?), the Stylo 6 has serious performance issues.

The Stylo 6 has serious performance issues.

The Stylo 6 sometimes works just as well as any budget phone I've used, and then — for no apparent reason — it will frequently slow down to the point of being legitimately unbearable. No Android phone is completely free of performance hitches; for example, it can take a few seconds to catch up with notifications after being in sleep mode, and rotating the screen can cause the UI to drop frames and stutter. On the Stylo 6, these actions take substantially longer than they do on other budget phones. The inconsistency in performance is the worst part, as I'm often left waiting a second or two wondering if a button tap or navigation gesture actually registered.

Performance aside, the software experience isn't really anything to write home about. It is based on Android 10, so you get Google's new gesture navigation, improved privacy controls, and universal dark mode, but LG's custom skin is a strange mix of Samsung's One UI and Apple's iOS. I am glad to see LG added scheduling for dark mode, though.

Just like last year's Stylo 5, there are a handful of software features designed for the stylus. When you take the pen out of the phone, an action bar appears with options to create a new memo, capture part of the screen as a GIF, draw on top of a screenshot, and so on. Even here, though, lag was a bugbear: the stylus menu frequently took over a second to appear once the stylus was out of the phone. Whether this was because of the phone's general performance issues or the internal stylus detection was unclear.

Battery life, at least, is very solid. I could get about two days of regular use out of the Stylo 6, thanks to its large 4,000mAh battery and low-power processor.

The Stylo 6 has two rear cameras: a 13MP f/1.8 main lens, and a 5MP f/2.2 ultra-wide. There's also a 5MP depth sensor, which is supposedly used to improve portrait mode. The main camera can capture some decent photos, given you have enough light, though the color balance isn't perfect. For example, in the last photo, the sky is almost entirely white. Not the worst camera for a little over $200, though. 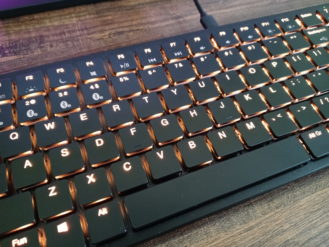 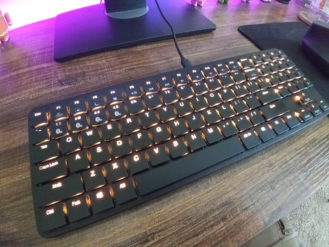 The ultra-wide camera, unfortunately, is not very good. There's just not enough resolution to capture a quality image, and photos taken with it look extremely grainy. It's pretty much only there so LG can say the Stylo 6 has dual rear cameras (or three, if you include the depth sensor that doesn't actually capture images).

No. Last year's Stylo 5 was a decent choice if you really wanted a budget Android phone with a stylus, but the Stylo 6 is much tougher to recommend. The stylus is neat, and it does have a massive screen if you're into that, but the Helio P35 processor in this phone (and perhaps LG's lack of software optimization) makes the Stylo 6 frustrating to use. There are plenty of other phones in the $200 price range that will run much better, like the Moto G Fast.

LG also has competition for budget stylus phones in 2020. The Moto G Stylus was just released in the United States, will probably get Android 11 someday (Update: The Stylo 5 is getting Android 10, so there's hope for the Stylo 6 and A11), and is much faster and more responsive. While it is substantially more expensive at $300, it's such a massively better phone that you'd be silly to choose the Stylo 6 just to save $80. The Moto G Stylus is also available right now as an unlocked device that works on all major U.S. carriers, while the Stylo 6 is currently only sold at certain prepaid carriers (though an unlocked model will probably arrive in a few months).

In the end, I don't really see any compelling reasons for most people to buy the LG Stylo 6. Perhaps if you can get an exceptionally good deal on one (like, free), this phone will hold you over until you can afford something better. But the performance issues are extremely unlikely to be resolved by software updates, and we just don't think MediaTek's budget Helio chips make any sense to choose when Qualcomm alternatives are readily available at the same price point (albeit without a stylus). LG goofed on the Stylo in 2020—hopefully they'll see the error of their ways and correct course on the next iteration.

12 new and notable Android apps from the last week including Mi Control Center, JioMeet, and ...