Urbandroid, the developers behind Sleep as Android, have suffered plenty of headaches getting their app to work on a wide range of Android phones. Different manufacturers all think they have great ideas when it comes to stretching out battery life. Usually, they do it by aggressively killing apps in the background, which can break app functionality. Urbandroid even made a site called DontKillMyApp to track and shame the worst offenders and point out how to fix these issues on different phones (if you even can). Now Urbandroid is making a new benchmarking tool to measure your own phone's background apps performance. Like the previous site, it's also called DontKillMyApp, and it's available now in early access on the Play Store.

Screenshots from the app.

So far, using the app seems pretty simple. Fire it up, and you get some details regarding your phone, an explanation for why the app exists, and some troubleshooting solutions in case you have issues with background app management on your phone. At the bottom is a big and obvious "START BENCHMARK" button. Tap it, and you're presented with durations for the test: up to eight hours in one-hour increments. Tap one of them, and you're presented with a warning not to charge the phone or use it while the test runs since that can interfere with normal background app management. Tapping "OK" begins the test.

The app's persistent notification and the test data you get if you tap and stop it. (Note that this early test result for a 3a was bugged out — Pixels do much better in reality.)

You get a persistent notification while the app is running its test in the background. Tapping it to end the test gives you a report with a handful of technical measurements for the benchmark. (Though remember: use can interfere with the benchmark if you want reproducible results).

If you were hoping for a bigger app with more details regarding memory management as a whole, this isn't it. Very plainly and simply, it's a benchmark. You can use it to easily assess if you're having issues with background apps, and further test potential fixes as you fiddle with settings. Results might be a bit hard to decipher, but developers should understand them. (Most of this might go over the average user's head, though.)

The test runs a foreground service and takes a wakelock, and it then peforms repeating tasks on the main thread and thread executor at 10s intervals. It then measures how many of those expected executions have actually been performed. It also schedules an alarm (ostensibly exempt from doze) for 8-minute intervals and checks those against expectations as well. The bottom offers a visual in 5-minute intervals showing when parts of the test occurred so you can see when issues may have started. More additions to the benchmark are also planned, and eventually there may be a simpler up-front figure for those performing tests to more easily understand. Right now, the data is a little complicated for the average user.

The share icon at the top right lets you submit your scores to a repository of results that the developer is assembling, plus a couple other avenues in case you need to send someone your results.

I confess, we knew this app was coming. I have been working together with Urbandroid developer Petr Nalevka on a related story, and the app was made at least partially at our request. You can expect to see it referenced in upcoming coverage. We were told yesterday that the app is still a work in progress, so there could be some rough edges or issues. Since it's explicitly labeled an "early access" app on the Play Store, that's probably to be expected.

The app has been released from early access with a handful of small changes like a new icon and some invisible tweaks to the benchmark itself that should result in more accurate results. 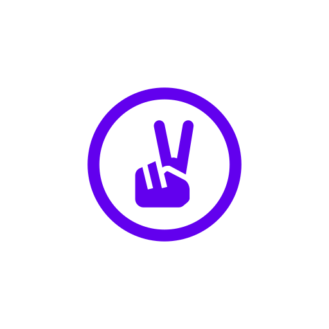 The early access change may take a short time to roll out on the Play Store.