The drip-feeding of information about the next OnePlus phone continues apace, and we now know that the price of the upcoming Nord will be "below $500," or "€500 in Europe." The pricing was confirmed by the company to TechRadar after an exclusive interview with Carl Pei, Assistant Head of OnePlus Nord.

It's likely that the price won't be much below $500 — $499 seems a safe bet — so the affordable OnePlus Nord won't quite compete with the iPhone SE or Pixel 4a in that respect. Aside from a rumor about dual selfie-cams, we know little about the phone's specs and features, but Pei did share that it would include Qualcomm's Snapdragon 765G processor, which means it'll be one of the cheapest 5G handsets around. Aside from next-generation networking, the cameras will apparently be a key focus for the OnePlus Nord, but whether it will be able to go toe to toe with budget offerings from Google and Apple will be the big question. 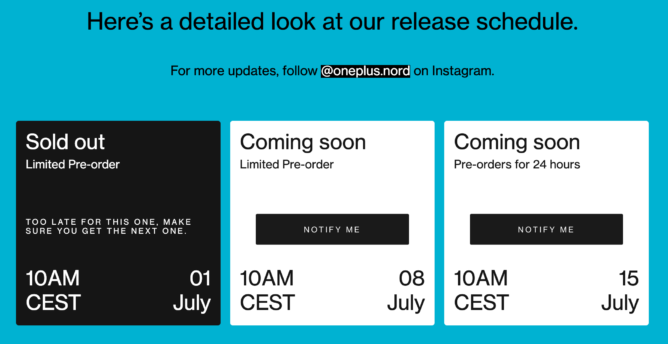 The first round of pre-orders has already been and gone, announced in a story on the @oneplus.nord Instagram page in surprise fashion. The second round will go live on July 8 at 10:00 CEST, then the third and final round will happen at the same time on July 15. You'll need to pay €20/£20 to reserve your Nord, which you'll get back as a voucher when the phone goes on sale. Some "awesome merch" will be sent your way, too.

Spotify Premium Duo comes to the US and 54 more markets

WhatsApp is rolling out animated stickers in beta (APK download)